Toronto’s public transit, just like many cities, can be confusing for outsiders—hell, I even get confused and I’ve lived here for almost three years. I constantly get questions about everything related to our public transit when my out-of-town friends come to visit—it can be intimidating not understanding the system and being surrounded by so many people that do. Here is a helpful guide to help you navigate your way through the city on the TTC (definition below).

What is the TTC?

The TTC stands for Toronto Transit Commission and is the public transit system in Toronto. Locals refer to our public transit often as TTC, so if you hear someone using the term when visiting, don’t fret—you’re now in the know. Buses: Toronto has 140 bus routes that run throughout the city.

Streetcars: The streetcars are the trolley cars that run on a track above ground. Toronto has 11 streetcar routes throughout the city. How much does it cost?

There are multiple ways to pay for transit. The most common way for visitors is by cash. It’s important to note that Toronto transit only accepts exact change, so make sure you have $3.25 CDN if you’re an adult or $2.10 CDN if you’re a student/senior (children are free).

Another option is to purchase tokens. Tokens are a great option if you’re not someone who always has change on them. Tokens can be purchased from an attendant behind the glass at a subway train station, through a red vending machine at a subway train station, or at select retailers like drugstores and convenience stores across the city (look for a TTC sticker in their store window). Tokens are $9.00 CDN for three (adult prices). Note that you cannot purchase tokens on board a streetcar or a bus, but you can use them.

On top of monthly passes that usually locals get, there are also weekly passes if you’re going to be in Toronto for longer than a few days. This costs $43.75 CDN and can be purchased at any subway train station with an attendant (which is most of them). Lastly, day passes are available and well worth your money if you’ll be using any form of Toronto transit four or more times in one day. You can purchase these for $12.50 CDN at the same places mentioned above.

Where do I pay?

When you walk onto a streetcar or bus you will see a little change bank that you throw your change into. The driver will then give you proof-of-payment/transfer—hold on to this as on occasion fare inspectors come on board and ask you for proof-of-payment. There are some sneaky people that try and get on without paying! You may notice people boarding in the back doors—this is only for people with passes, not people that are paying with tokens or cash.

To pay to get on the subway, you won’t be able to access the trains without paying at the agent. How do you know you’re getting on the right one?

This can be one of the most stressful things for people that haven’t taken public transit in any city in the world—not just Toronto. How on earth do you make sure you’re heading in the right direction and on the right streetcar, train or bus?

Bus & Streetcar:
Take a look at the sign that sits on the top of the front of the streetcar and on the side above the door. This sign will have a number and also a name. The name is the last stop that streetcar or bus will make, and the number is the route number.

If you’re like me who is directionally challenged, this may not help you much, but what will help you is Google Maps. Google Maps will tell you what streetcar to get on, including the number and the name. You’ll even be able to see what stops you’ll pass on route to your destination—this can help incase the streetcar may be ending its route before your destination.

Where do you catch a bus or streetcar? Look for the TTC signs on telephone poles that are along most major streets in Toronto.

Subway Trains:
There are maps in each subway station beside every track that tell you what way each subway is going, and usually on the wall above the track there will be a sign that either tells you the next station stop or what direction it’s heading in. The good news is—if you get on the subway and realize you’re heading the wrong way, all you have to do is get off and cross over to the track on the other side of the platform and get on that one. I live here and sometimes I still get mixed up!

Where do you find a subway station? They are well marked with TTC signs scattered throughout the city.

If all else fails—ask! Us Canadian’s are friendly 😉

What is a short-turn?

On occasion you may see that the sign that displays the route number and name on the front of the streetcar or bus says “short-turn” or has the right number you are looking for but a different destination written beside it. This means that the car is not going all the way to the last stop on the line, and is only going to the stop listed and then turning around to come back again.

A short-turn can also happen when you’re on board if the driver gets a call saying he must turn sooner than planned. If that’s the case, the driver will make an announcement and you can get off at any of the stops and hop on the next streetcar or bus coming without having to pay again—as long as you have a transfer/proof-of-payment. Note that if you’re not sure if the bus or streetcar is short-turning before or after your destination, the driver will be happy to inform you. How do transfers work?

Your proof-of-payment you receive when you pay for your fare is also known as a transfer. Transfers are for when you are taking multiple TTC streetcars, buses or subways to get to your final destination. For example: In order to get to the Eaton Centre, depending on where you are in the city, you may need to take the bus south and then a streetcar east. To prevent you from having to pay a fare twice, transfers are only valid for use when you’re taking a subway, bus or streetcar one after another. You can’t keep a transfer and use it hours after.

Note: You can obtain a transfer from the red transfer machines in subway stations (photographed above). On buses and streetcars, the operator will give you one when you pay. Google Maps: Simply put in your starting location and your destination and hit the transit option, this will tell you all the routes you can take on TTC to get to where you want to go.

Rocket Man: The Rocket Man app will tell you how long till the next streetcar, bus or subway will arrive at the stop you are standing at. 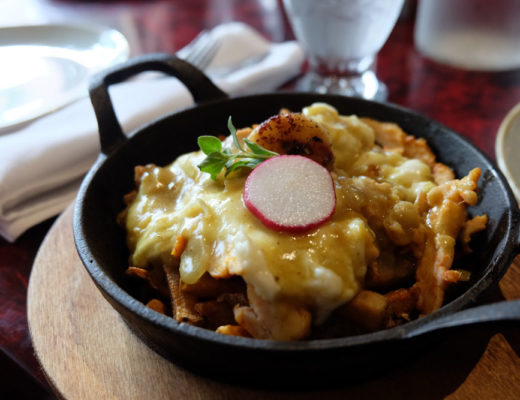 Where to Eat in Windsor, Ontario 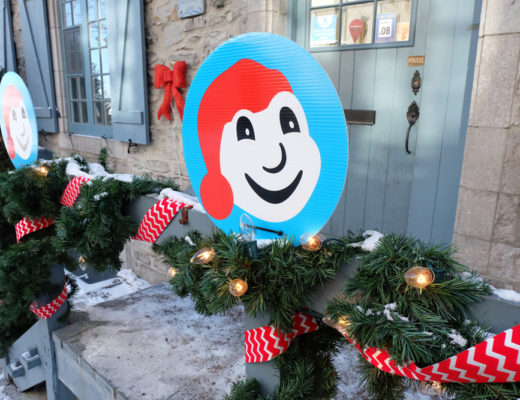 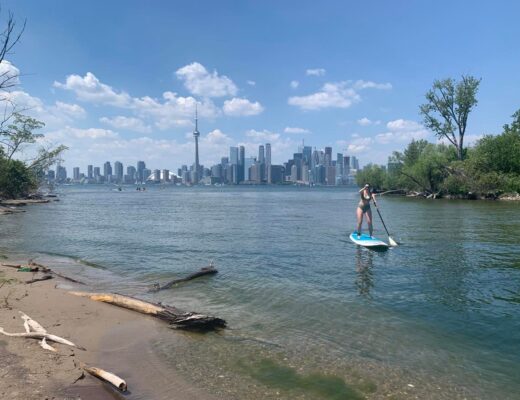