Mountain gorillas are one of the biggest and most powerful primates in existence, and they share a whopping 98% of the same DNA as us humans. Isn’t that crazy? That gorillas can seem so, so different from us humans but really they aren’t that different at all?

I don’t even remember the first time I ever first discovered that you can visit the mountain gorillas in East Africa, but all I know is it was something that I quickly added to my bucket list and knew I had to experience at some point in my lifetime.

What to pack & wear

It’s important to make sure you’re prepared for the trek. You will not know how long it’ll take you to find the gorillas (that’s nature for you) so you are preparing as if it could take all day. What you’ll want to make sure you bring with you or wear is:

Even though I did a multi-week tour with Intrepid that visited more than just the gorillas, the main reason most people were on this tour was for the gorillas (the rest of the tour was just an added bonus). The gorilla trek took place about half way through our tour which meant we had several days to anticipate it (and be anxious about it).

This was hands down one of the best things I’ve ever done and even though the price tag is hefty, it’ll be worth every single penny. Now if you need me, I’ll be over here day dreaming about going back! 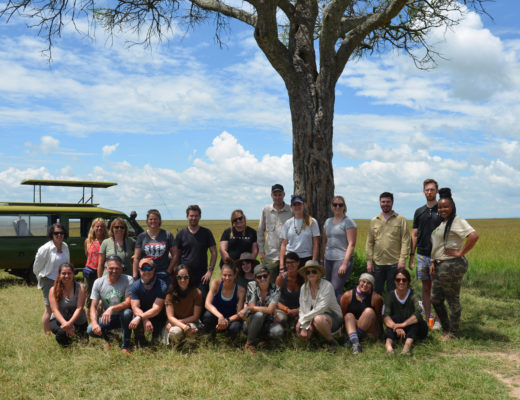 How much does it cost to travel to #EastAfrica? I did it one of the more cheaper ways, and this is what I spent: ow.ly/c7Qj50Dbkbj

If the pandemic disappeared and you could travel anywhere in the world right now, where would you go? 👇🏻

LOCAL RESTAURANT SPOTLIGHT ✨ This past weekend

Just in case you haven’t got the message yet: SH