We landed in Bangkok on November 29 and the first thing we wanted to do after a 19 hour flight was hit the hay. Our hostel was Lub d Siem Square, located right near the National Stadium. We were lucky enough to stay at Lub d Siem Square 2 nights in a private room, and then came back again at the end of our trip in a 4-bed female dorm. All our stays here were won through social media contests, so despite the fact this hostel was a bit out of our budget ($23 US and up), we still got to experience it!

The location is pretty central for the most part. It is located by some major malls, and several restaurants but definitely not close enough to walk to all the tourist attractions (unless of course you enjoy walking far in the heat). We were rather disappointed we didn’t book something near Khao San Road after our trip to Bangkok. Taxis and tuk tuks can be caught out front the hostel but don’t expect the staff to help you flag one down.

Private Room:
Our private room was great. The whole hostel is very modern with decor and we had no issues with cleanliness. We had a double bed, and our own bathroom. The room was relatively quiet with the exception of the weird noise from our air conditioner, and noise the one night from a nearby bar. Towels, and linens were included.

Our dorm room was the nicest we stayed in the whole trip. Once again modernly decorated, with big lockers for your bags (make sure to bring your own lock). Sheets and a blanket were included and the bunks were built into the wall which helped from the constant shaking of the person moving around above or below you. Each bed had an outlet, shelf and light as well. The bathroom was also one of the cleanest with warm showers, and even shelves to donate your leftover shampoo, etc. or take some if you have run out!

The common areas of the hostel were great, with plenty of computers, WIFI and big comfy seating. There was a tourist desk at this hostel but no one ever seemed to be at it, and when we asked the front desk about it as we wanted to book a tour, the staff seemed to not know much about it either.

We also found that the staff were very nice but not very helpful. We actually heard them telling some tourists some misleading facts about main tourist attractions not existing, or them not knowing key information about them. The food desk/bar also was deceiving as they advertised lunch and hot snacks you could order, but when we asked, they didn’t have them available, with the exception of breakfast.

Overall I probably wouldn’t stay here again, only because of the location and the price being more than the majority of hostels in Bangkok.

On our recent trip to Thailand, we stayed in Chiang Mai for about 4 nights at Hug Hostel. This hostel was recommended to us through other people we knew that had travelled to Chiang Mai, and after reading up on the reviews, we thought it be a good match for us as well. We had a 4-bed female dorm while staying there and here’s some notes about how we enjoyed our stay.

The location of this hostel was great. It was located in the Old Quarter which worried me as I thought maybe we wouldn’t be close to anything, but we were in a convenient location to everything we could need. We basically walked to most attractions, tourist sites, and there were many restaurants nearby. We did take a tuk tuk from the airport to our hostel, to the night market, and again when we went up the mountain to the temple, but the majority of main sites are in the area, and we could’ve walked to the night market as well but we weren’t feeling ambitious enough.

The rooms at this hostel were clean, and simple. They were definitely nothing special, but also there wasn’t much too really complain about either. We had a 4-bed female dorm room which was fairly spacious and had lockers for our bags. We lucked out to always have roomies that were on the same level as us so we never had issues with noise while we were there, despite the fact that it’s a fairly large hostel. The bathroom was fairly clean, but the showers were cold/room temperature, which wasn’t out of the ordinary for hostels in Asia.

The only major complaint I had were the beds, as even though we read that they were uncomfortable we thought maybe people were just complaining for the sake of complaining, but they weren’t. These beds actually made us question if it was a mattress we were sleeping on or wood. We were provided with a “blanket” which more resembled a towel but did the trick and towels weren’t included at this hostel.

The hostel staff at Hug Hostel were amazing. They were very helpful as soon as we arrived by giving us a map and showing us all the places we should go. They were always there to answer our questions and offer their insight. You could also book basically any tour you could imagine through them which was very helpful, and they were more than willing to flag down a taxi for you and negotiate a fair price on your behalf.

The common areas were also great. They had a rooftop hangout area, and then also a bar/restaurant. We only ate at the restaurant once, because usually we wanted to eat breakfast there when we were leaving for our tours that departed early (7-8am) and it never seemed to be opened. Which was a hugely missed opportunity for them considering there were always people looking for breakfast and there was nothing ever open around the hostel but 7-11.

Overall I’d probably stay here again. We had an excellent stay here and despite the hard beds, we didn’t really have much to complain about. 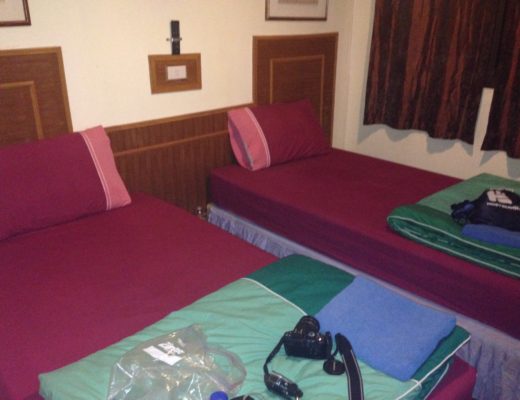 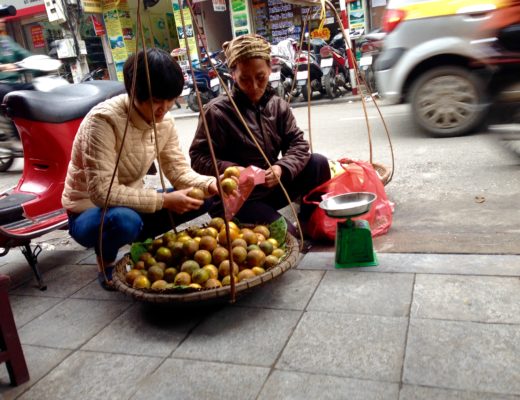 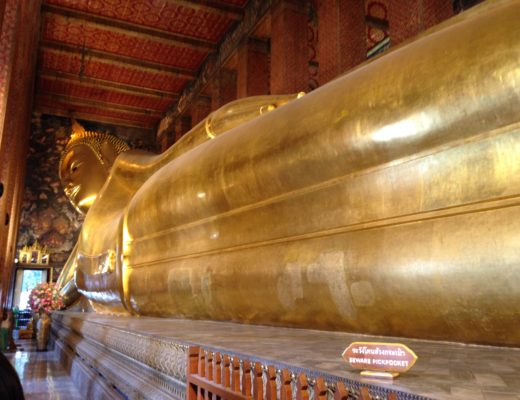