All day I was thinking to myself, “how on earth can I describe Hanoi in writing.” This place is absolutely insane, chaos lines every street you turn down, and it’s pretty hard to sum up Hanoi in writing as it’s a city unlike any I’ve been before.

The streets are filled with more motorbikes then you can imagine, to the point that there’s not even sidewalks because what should be sidewalks seem to be used as a parking lot for motorbikes. You literally walk on the edge of the road hoping a car or bike won’t swerve in the wrong direction. On top of that you have restaurants that literally run off the sidewalk, Vietnamese families cook, wash, and serve food to locals (and some tourists brave enough to try it) all on the side of the street, or in narrow alleyways. With mini tables, and mini stools lining the sidewalk filled with people. Amongst the traffic wanders people selling everything from balloons, to flowers, to balancing huge baskets of all sorts of fruit on each side of their body.

I wasn’t really sure how I’d feel about this city. After being in complete culture shock upon arriving last night from peaceful and small Luang Prabang, I wasn’t sure if I’d be itching to get out of this place the moment I stepped foot outside this morning, but we conquered the day and maybe learned to find some magic in the busy, chaotic city of Hanoi.

This morning we woke up to rain, and cold. Hanoi is MUCH colder than we would’ve imagined a hugecity was going to be. This is the coldest place we’ve been so far, and I know I can’t complain because 18 degrees celsius is still way warmer than Canada is right now. We quickly found a vender selling ponchos for 50 cents and put them on officially marking us as “real tourists” in giant purple ponchos, as if we didn’t already stand out already. Once we finished some morning errands of finding and exchanging money, and paying for our Halong Bay tour we head out on tomorrow, we headed to Hoan Kiem Lake. We were surprised to a) find a lake in the middle of this chaos and b) find a tiny bit of peacefulness. We walked around the lake, and explored some of the monuments and memorials that were in the area.

We then set out to find a coffee shop that an Australian couple had recommended to us. It was called Cafe Pho Co (11 Hang Goi) and was literally a tiny little cafe wedged between a silk and t-shirt shop. Had we not been told previously that we would need to enter a silk shop to find the entrance, we would’ve never found this little gem. It was rather sketchy to enter, you went through the silk shop, down a hallway/alley that was all concrete and dark and entered into a kitchen area that led up to stairs. We followed the stairs up to find the cutest little cafe that overlooked the city. At last, we found a way to observe the city from a far, and in peace. We ordered the egg coffee, which is a traditional drink here in Vietnam. It is literally whipped egg, with milk, poured on top of coffee. It was creamy, rich, and delicious!

After the cafe, we headed down to Hoa Lo Prison which was a prison used by the French for political prisoners, and later used for prisoners of war during the Vietnam War. The prison is now converted into a museum, and was eery but interesting to walk through. This is just one of many museums in Hanoi, but not being museum-buffs we decided to only go to this one! After the museum we found a random pho place (Pho 24) to try some pho, it seemed like a rather touristy place in comparison to the side of the road restaurants that seem to be everywhere but it still tasted great!

We slowly made our way back to our hostel to clean up a bit before attending our first ever water puppet show, which is a Vietnamese tradition and apparently a must-see. The show was about 40 minutes and although everything was in Vietnamese, it was still interesting and strange at the same time.

After the show we headed to a restaurant our hotel recommended called New Day which serves many Vietnamese dishes. I ordered curried chicken and rice, which was yummy,and extra cheap. After, dinner we stopped at a few bars on our path home and people watched. You can seriously people watch forever here, and many cafes have outdoor seating specifically set up to face the street. It’s nice to get to the sidelines of the madness and just observe.

Tomorrow we head out to Halong Bay for 2 days, 1 night! I’m excited to get out of the city, although I’m sure that Halong Bay won’t be short of tourists. 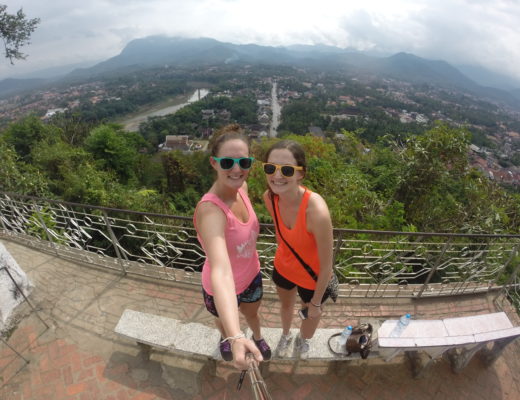 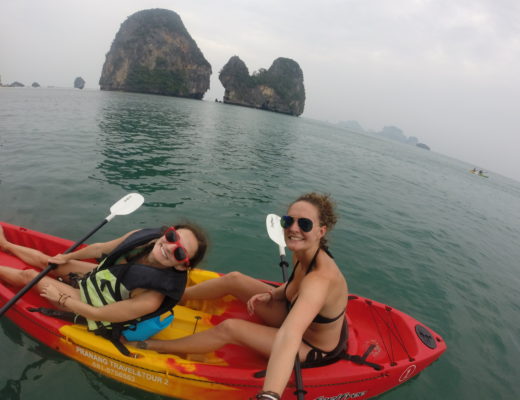 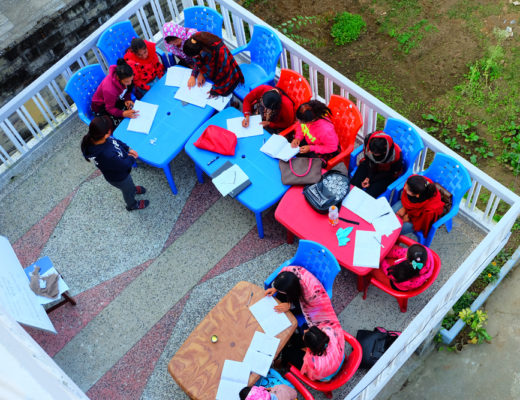