Toronto is loaded with craft breweries everywhere you turn. There are seriously a never-ending amount you can visit. Earlier this year, I decided I needed to make more of a conscious effort to visit and try local breweries in the city, as a craft beer enthusiast, it was sad I hadn’t been to very many other than the mainstream ones in the city.

Over the course of the next few months, I’m going to share with you my brewery hopping options in different parts of the city. Since Toronto is pretty spread out, there are pockets of breweries that are close together that are easy to hop between, but not all are practical in one day unless you really want to travel. For this guide, I’ve put together a list of, and some route options for brewery tours in the west end of the city.

This route starts around Roncesvalle’s neighbourhood, however, you can of course do this route in whatever order makes sense to you. All the breweries are walking distance and total you’d be walking around 60 minutes, so think of it as 12 minutes to each brewery.

I loved the vibe of Henderson’s because they had sliding garage style doors that opened up the space with communal picnic tables. It’s also dog-friendly and on weekends they’ll often have a food truck pop-up pulled up to one of the doors serving delicious options.

This is one of my fav breweries I’ve visited so far. Bandit not only has super cute branding to go hand-in-hand with the infamous animal of Toronto, the raccoon, but I loved every beer I tried here. They also have a cute outdoor patio that holds a ton of people, and a great food menu.

Also one of my favs of this tour, Halo doesn’t boast a large patio or space, but has a great selection of funky beers to try. I love sour beers right now and they had a great selection to choose from. P.S. It’s also dog friendly if you want to bring your pooch!

Burdock gives off more of a typical pub vibe that happens to have their own beers on tap. They have a full food service, and a wide selection of both their own beers, and other locally brewed beers. I tried a collab with them and Bellwood’s Brewery when I was there!

I also loved Blood Brothers. It is a do-not-skip. The vibe is similar to Bandit but smaller and more intimate. They have a great patio, and an awesome beer selection. I tried a delicious guava sour when I was there called Paradise Lost.

This route option takes you through the breweries located in and around the Junction, a neighbourhood in Toronto. It’ll take around 45 minutes total to walk between all the breweries on this list. So under 10 minutes to each brewery give or take. Junction Craft Brewing, Shacklands & Rainhard are all basically in the same strip mall making it super easy to hop between those three particularly.

I’ve never actually visited this brewery, only enjoyed their beers at craft beer festivals, however, I thought it be an important one to throw in here as it’s close to the others on this route. They host a variety of fun events and live music, and also have a great patio if you’re visiting in the summer!

A super quirky brewery decorated with all the toys and things you remember having around your house as a kid. This brewery specializes in small-batch brews and always has some funky brews on tap. Plus, it’s pooch friendly.

Literally two doors down from Shacklands, Rainhard has a great open space with big garage doors that are open in the summer and a few outdoor picnic tables to enjoy your beer. I liked all the beer I tried here! Lots of super light, easy drinking, summer beers. And as you can tell from my pic, also dog friendly. Hi from Joey the Iggy!

Junction Craft Brewing has definitely increased in popularity in the city since it’s beginnings in 2011. The brewery is large, has a fantastic patio, food pop-ups, and is dog-friendly. What more could you ask for?

Little patio, fun decor, and simple beer snacks. This brewery is a great, smaller stop to add to your list. They had a long list of fun beers to try and take for the road ranging in styles + doggos were allowed!

These two didn’t fall into one of my above routes, but deserve a notable mention.

Bellwood’s Brewery is a hugely popular brewery right by Trinity Bellwood’s Park. It has great food, and a great patio.

Although Indie Alehouse falls in the junction, it’s still a bit off-the-beaten-path from the rest of my route suggestion. I haven’t actually made it here yet but I’ve heard only good things about this spot!

What are some of your fav Toronto breweries? Let me know below!

Pin the below image to save this guide for later! 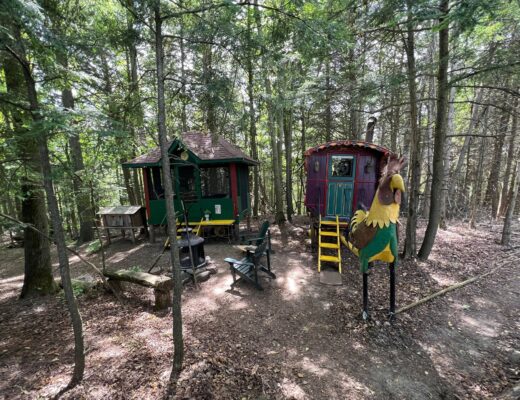 Glamping in a Romani Caravan in Orono, Ontario 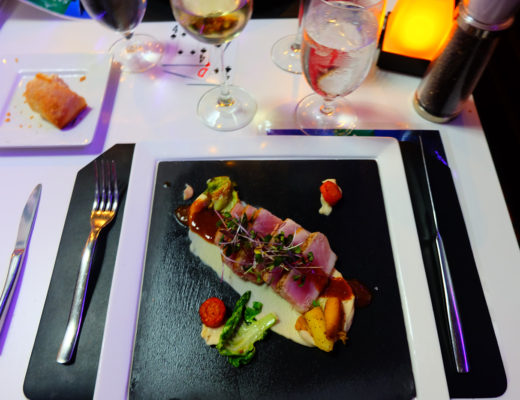