Note: Don’t miss day one and day two of my Northern Wales adventure.

Once again we were up bright and early to be first in line at our hotel (The Gliffaes Hotel) for breakfast before we headed out for our third and final day of our Wales road trip with our lovely tour guide and driver, Shan of Shans Wales Tours.

Today was all about the Glamorgan Heritage Coast. Sadly we woke up to so much mist and fog that you wouldn’t even be able to tell we were among the beautiful Brecon Beacon’s countryside in Wales, which made the beginning of our drive to the coast that morning pretty dull until we finally drove out of the fog.

The Glamorgan Heritage Coast is a section of the Wales Coastal Path that is an 870-mile walking route that outlines the entire coast of Wales. I would have loved to walk a much bigger section of this trail if I had the time (another thing to add to the bucket list), but instead getting Shan to drive us to different parts of it did the trick. Despite leaving the fog behind, we had a cold and cloudy day for the beach, which was probably the one-day we had hoped for the best weather, but hey, what can you do? We drove about 1.5 hours to the Coastal Path where we first stopped at Ogmore Beach. I didn’t find this beach as impressive as the next one we stopped at, but it looks like a great spot to send a nice summer day, what we were severely lacking. Our second stop was Southerndown Beach known to be a filming spot for Doctor Who. This beach I found to be much more beautiful and filled with more character then our first stop. Flat, smooth rock sprinkled the beach as you walked down to the sand, and the towering layers of cliffs topped with lush greenery made for a gorgeous view (even if the sun wouldn’t shine for us). We walked a section of the trail that brought us past a historical home that is home to a 90+ year old man who has been living there for the majority of his life. The house looks like it is literally plopped in the middle of a parking lot/trail for tourists and locals, but the history of it really makes it something special. His backyard even had buoys and such that had at one point floated ashore to his home. We followed the path past the house up to a “secret garden.” This garden was a walled garden, which is the remains of the Dunraven Castle. The Southerndown Beach is also said to be a great spot for fossil hunting and recently a portion of one of the cliffs fell off to reveal the leg bones of someone who once upon a time died there… how creepy is that? Apparently when the rock fell the bones were just sticking out the side of the cliff. We then stopped for lunch at a very off-the-beaten-path pub on the side of a country road called Plough and Harrow. This pub was definitely everything you would think of when you think of an old, local pub in Great Britain. The walls were plastered with all sorts of odds and ends that I’m sure all had stories and the only people in the pub were locals. We ordered ourselves a Ploughman’s Platter as my Mom had been dying to try one the entire trip. Basically the platter is a cheese, meat, bread and pickled goods sharing platter. We also tried some English ciders and sat by the fire to warm us up before heading out again. After lunch we headed to check out the Nash Point Lighthouse on the coast that was built in the 19th century and was the last manned lighthouse in Wales (until August 1998 when it was de-manned and became automatic). It is said that the construction of this lighthouse came after a tragic shipwreck in 1831 that claimed the lives of 78 people, but isn’t known for sure. Despite the entrance gates being closed, the man who runs the place still happened to be there and kindly let us climb to the top of the lighthouse (Thanks Chris!). But as an FYI to most people—the lighthouse is open to visit during these times and you can even stay there at one of their cottages.

It was now time to leave the Coastal Path behind and head into Cardiff, which would be our final destination before it was time to head home to Canada. Before leaving the countryside, we had a quick drive through Atlantic College, which is an international boarding school that is housed in St. Donat’s Castle and has been used as a filming location for things like Harry Potter, Sherlock Holmes, and Doctor Who.

St. Donat’s Castle’s earliest surviving parts date back to the late 12th century and is said to be quite haunted. Imagine sending your kids away to boarding school in another country that is haunted and in the middle of nowhere? After a quick drive through the castle, now college, we started to make our way towards Cardiff, the capital of Wales, quickly driving through Barry Island and Penarth before hitting the city. Cardiff was where we would be spending our final few hours in Wales, and although I wouldn’t say Cardiff is “off-the-beaten-path,” since it’s part of my final day in Wales, I feel like I should mention my time there. When we got into the city we checked into our hotel—the Park Plaza, which is supposed to be one of the nicest hotels in Cardiff. Our room was huge, especially in comparison to our previous room the night before in the tiny attic at the Gliffaes Hotel in the Brecon Beacon’s.

Once checked in, we headed out to walk around the city a bit despite the fact we were pinched for time. We walked along some of the shopping streets and explored the arcades. Cardiff is known as “the city of arcades” as they have the highest concentration of indoor shopping arcades than any other British city. To give you an idea of what an arcade is, it’s a small indoor shopping mall but to better describe them, they looked like little alleyways that had been roofed, with cute little shops down each of them. We also decided to pay a visit to the Cardiff Castle. After debating whether or not the hefty ticket price (prices below) would be worth it, we thought to ourselves, “who knows if/when we’ll be back again.” I’m glad we decided to spend the money and visit this castle, as it was the only one we visited that actually had a fully decorated building to it, which was stunning. The house/apartment part of the castle had several rooms that left you in “awe” with its decor. One notable one to mention is the dining room, which in recent years has seen such dinner guests as Obama and The Spice Girls (okay, I may have been more excited about The Spice Girls then Obama). After a small dinner at a nearby tapas restaurant, and some last minute souvenir shopping, we were up to our hotel room to relax, and enjoy our last day of vacation before we were up early to head back to London on the National Express bus to catch our flight to Canada. I absolutely adored my time in Wales and I would definitely recommend that if it were financially possible for you to rent a guide/driver for your time there as many of the great places to see are not accessible by public transportation. 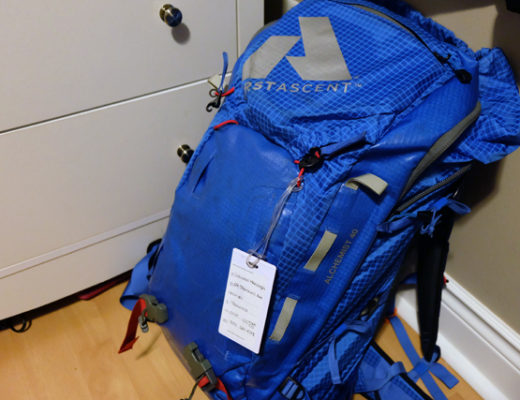 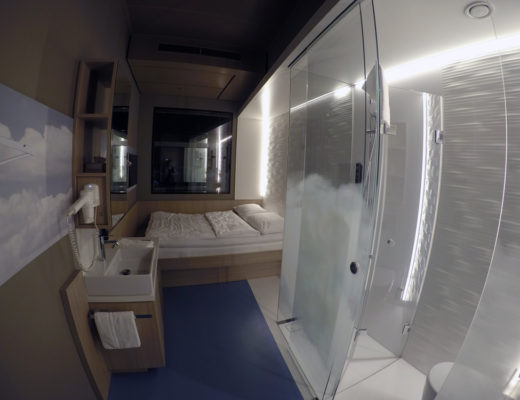 The Perfect Layover with My Cloud in Frankfurt, Germany