Sorry I haven’t had a chance to write in a few days. There wasn’t much internet access where I’ve been. Anyways, on August 4th we woke up bright and early and cabbed it from downtown Athens to the port to catch our ferry. We weren’t really sure what to expect with the ferry but the whole ride (7 hours) I sat/slept on the deck of the boat on the ground, it wasn’t the most comfortable but I was exhausted so it didn’t matter. Jocelyn decided to sit inside for the majority of the ride so I just chilled alone until I met a friendly man from Dubai who came and talked to me for awhile. Once we got to Santorini it was around 5pm and we looked for the people from our hostel because they offered a service to transport us to the hostel from the port. We all piled into a sketchy, old van and went up the island to our hostel. Out hostel was quite sketchy. It was only 6 Euros a night though. The room doors pretty much opened right up to the street and the bathrooms/showers were outside and downstairs and were very unsanitary and dirty. It sucked but for the price I guess we can’t expect much . As soon as we got to our hostel we walked to Perissa Beach which was about a 7 minute walk and is a black sand beach. We were exhausted and hot! It is not much cooler on the islands then it was the mainland that’s for sure. After the beach we got showered and cleaned up then went for dinner. We went to a restaurant down on the beach and I got a Greek pizza and tomato balls (which is apparently a specialty here). After dinner we went and explored the area and went into some of the little shops but we headed to bed pretty early because we had a tour of the island the next morning. Our tour was a bit complicated because when we called the tour agency they didn’t give us proper directions to where we were supposed to meet so we tried to get the lady at our hostel to call for us and speak to them in Greek, when she finally got a hold of them they told us to go on the bus leaving from our hostel with everyone else going on the tour that people booked at our hostel. The next morning when we tried to get on the bus the guy gave us a hard time but the women at our hostel somehow managed to get us on. We then went to the port where we were supposed to catch our sailboat, there was loads of confusion down there but EVENTUALLY we got on our sailboat, which looked like a pirate ship. Once we were on the boat we traveled to a Volcano that erupted about 3,600 years ago and we had to walk up it to the top. It was SO hot from the black rocks attracting the sun! I wanted to die; we ended up walking up it in our bathing suit tops! After that we got on the boat and headed to the Hot Springs, where we got to swim for awhile. I forced myself to go even though I hate the ocean. It was cool! Then we swam back to the boat and headed to the island of Therissa, which is part of Santorini. It was just a small island; we had chicken gyro pitas for lunch then just sat on the beach and explored the little shops there. Once we left Therissa we traveled to Oia, which is the typical place you see when you see or hear Santorini. It is where all the movies are filmed. I personally thought the whole island would be a bunch of white buildings up on a mountain but only Oia is. We had free time in Oia , we rode a donkey up from the port to the mainland of Oia. It was the most fun thing of the day by far! Then we walked around and explored then went and found a place to sit and watch the sunset from. After the sunset we went and found our bus and headed back to the other side of the island where we were staying (Perissa Beach). We didn’t get back in till 10pm and we were exhausted but we got cleaned up and went out for dinner. We ate at a place by our hostel and I got Mousaka which is a traditional Greek dish. After that we went straight to bed since the next morning we had to wake up for 4am to take a cab to catch our ferry to Rhodes. Our ferry was only about 6 hours but we were exhausted since it was at an abnormal hour so we managed to find a couch near the reception inside the boat and pass out there, until when the sun came up and the lady at the reception told me I couldn’t lie down in the reception area!

Now we are in Rhodes, Greece. Its so nice here but I think mainly because we finally get to stay in a hotel! We have our own room and bathroom for once. We only got here a few hours ago so we haven’t done much but chill by the pool but I’ll keep you updated!! Talk to you later! 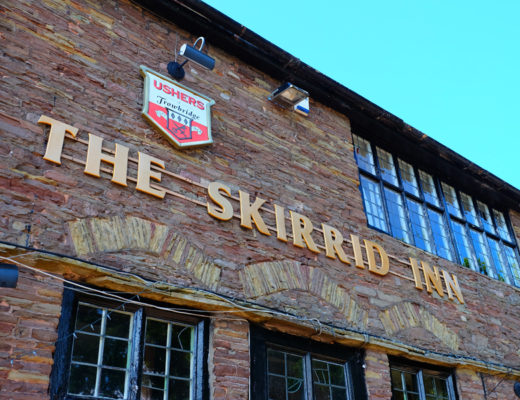 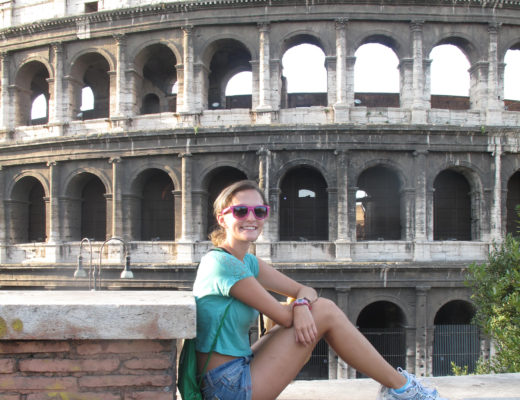