Originally from New Zealand, Sonja Thomson has been traveling, studying and working abroad on and off since she was 16 years old. Starting with an exchange program living in the United States which sparked her travel bug and made her want to travel more and more.

Sonja’s exchange in the USA is what inspired her to study abroad in Canada during university and then like many Kiwi’s and Aussies, she dreamed of moving to the United Kingdom on a working holiday. To save money, she moved to Australia to work and then traveled through Southeast Asia to settle in Scotland for a couple of years where she worked full-time but traveled whenever she’d get a chance! However, visas worked against her and she had to return back to the land down under to decide her next move. That next move brought her to Spain to teach English and then eventually back to Scotland again, this time for love.

I caught up with Sonja to see how she balances her life in Scotland while working full-time on her blog, Migrating Miss, and as a freelancer.

I’ve always tended to move overseas and get a job somewhere, to then travel the area, rather than travelling continuously for months on end. This has led to me having all sorts of jobs, from office admin to teaching English in Spain. It’s been hard for me to establish a career because I moved around so much, but it’s a choice I made because travelling has been my priority. I studied law and criminology at university, which I enjoyed but unfortunately didn’t lend itself well to travel! I do know people who have travelled as much as I have but managed to maintain a career because they found something that worked for them in lots of different countries.

I started my travel blog a couple of years ago, and in the last year or so it’s really taken off and become a source of income. I was able to do this in addition to teaching English, but when I moved back to the UK I decided to try and make it my full-time gig, and I’ve now taken on freelance clients and been working on my blog full-time for the last few months. Now that I’m working for myself you would think I could take unlimited vacations, but in reality I’ve almost found it harder to take a break, because even when I travel I’m doing my job! Getting the balance right is really something I need to work on. When I was teaching English I had to be at the school at a certain time every week, but I also had three day weekends and all the school holidays which made travelling easier. Working full time in the UK and Australia made it much harder to take vacations because of the limited days, but I always used my whole allocation!

Now I live with my husband and love to travel with him, but he works full-time for a company and so has limited vacation days. We do what we can with them, but I’m guilty of planning so much travel this year that’s he’s banned me from making plans for next year yet!

I’ve travelled a lot in the last few years, so I honestly can’t say! When I worked full-time in the UK I had a job that allowed me to work extra hours in return for more time off. I took advantage of this and went away for a long weekend every month, and then in the past year I’ve been travelling at least once a month too. However, I’m finding it really unsustainable now! The good thing about living somewhere more permanently rather than moving all the time is that you can build up a community and really have a sense of belonging. That can be hard to do if you’re always travelling and missing out on social events at home! When I lived in New Zealand and worked full-time I would try and do one big trip every year and then a few smaller trips. I think I need to get back to this! As I said above, I’m finding it interesting that I actually feel like I want to travel LESS now that I’m freelancing and working for myself, because there always seems to be so much to do for my job instead of leaving it behind when I leave the office. I’ve always felt restricted by having a job, but it’s really about doing what you can to make travel happen. If you only get two weeks a year, take those two weeks and make it an amazing holiday, and then make the most of all the long weekends you can.

YES! I didn’t when I worked in an office and had the type of job that didn’t require anything from me when I left, but now I finally understand why people are always complaining about not being able to switch off… I’m now one of them! I do think it really is about balance and something you have to make a huge effort on. I’m not there yet, but I hope that next year I’ll get better. After travelling and moving so much and realising that I wasn’t really building a career for myself, it’s not become important to me to do something about that. I think I realised when I moved to Australia the second time and I was applying for the same sort of jobs I had the first time that I hadn’t made any advancements, and it was always going to be that way unless I did something about it. Once again I think it’s about balance. Travel is an amazing thing and can really enrich your life, but there are other things that can do that too, like feeling valued in a job and like you’re going somewhere with a career.

When I moved back to Australia I found myself in a bit of a rut, where I felt like all I had done was travel (which was awesome, don’t get me wrong) and not really worked on any other areas of my life. I decided to start a travel blog as part of a course I took at university to help develop my web design skills. Websites, internet design, social media and marketing had always interested me but I’d never done anything about it. I realised no one was going to give me a job in that area unless I proved myself, and I didn’t want to start over again at university so I took just one course and then taught myself everything else, and I’ve learned a lot from blogging in two years. Initially I thought I was doing it to work for someone else, but I enjoyed it so much and realised that I could make money doing it for myself, and that’s lead me to where I am now!

Find the balance. Work hard and travel hard. Sometimes you’ll have to make sacrifices in your career or in your travel, but just try to keep it balanced and not always be putting one before the other. 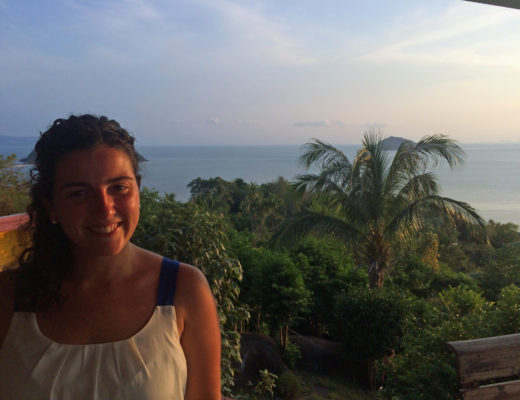 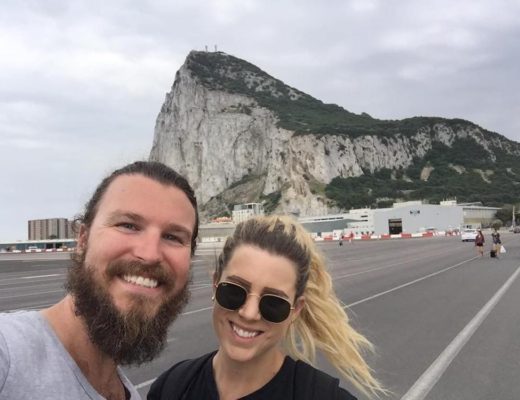