This month I decided to take a bit of a different approach to my part-time travel series, and instead of interviewing someone who is working full-time and traveling on the side, I interviewed someone who is studying full-time. Viola Serena Stefanello is based in Gorizia, a small Italian town on the border of Slovenia which actually used to be Austro-Hungarian but has been Italian since World War I. Viola moved to Gorizia to study and although she is very passionate and dedicated to her education, traveling is still a priority for her.

Keep reading to see how she makes it work.

Tell me a bit about what you are studying.

I’m about to start my third year at the University of Trieste, in the North-East of Italy. I’m an undergraduate student of Scienze Internazionali Diplomatiche, which roughly translates to International and Diplomatic Sciences, so let’s say I study International Relations to make it easier! It’s focused primarily on languages (I’m studying English, Spanish and French), history, law and social sciences. Do you have a certain amount of days you can travel each year on top of your school schedule?

We usually have our weekends off, including Friday’s, but most of the time during the year I’m not able to make the most out of this “free time” because I have to catch up on studying and I also go back home to Vigonza, a small town between Padua and Venice, twice a month. Luckily we get two weeks off from studying in winter – the last week of December to the first of January – and a whole month and a half in summer – from about half of July to the end of August. Too bad I usually have exams in September, so I’m not that free to move around in the summer either!

I try and move from my “comfort zone” at least once every two or three months. The city I live in is really small and, even though I adore it and it’s the perfect place to study if you don’t want to be distracted, it often feels too small, so I like to travel as often as I can. Do you ever feel limited to how often you can travel because of school?

Certainly. Lessons aren’t the main problem, the university system in Italy is less strict than other countries, so most professors don’t care if you don’t attend all of the lessons as long as you attend a certain number and you’re able to pass your exams. The main problem are exams themselves, it takes a lot of time and effort to get ready for most of them, so I spend lots of time I’d rather spend traveling on books.

Do you find it hard to unplug from school when traveling?

Luckily, no, I’m in love with what I study, so if I occasionally find something related to my studies as I travel, I’m nothing but thrilled. But I carefully plan my trips so that I don’t have to study even for a minute while I’m traveling, as I wouldn’t be able to enjoy myself if I knew that I was taking time off my duty as a student.

Why was it important to you to incorporate both study and travel in your life instead of a gap year or studying abroad?

It didn’t even occur to me to take a gap year before starting university, it’s just not something many young Italian people do, so I simply didn’t think about it as a possibility. Plus, I think I would have found it really hard to start studying again after spending a whole year traveling the world! I always thought I could have studied abroad with the European Erasmus program, but when the time came I decided not to because there were so many things I still had to do in Italy – notably, I was a student representative and chief editor of the university newspaper, and it didn’t seem right to abandon my path and probably not graduate in time just for the sake of spending some months away from the place I call home. I’m surely thinking about taking my master’s degree in some country different from Italy – I’m actually about to start sending in applications to do that – so I’m sure I’ll have time to live abroad in the near future and I’m looking forward to that. I started traveldiplomacy.net some weeks ago because I was already writing about my travel experience in Italian for an online magazine and I kept thinking about how I would have loved to start a blog of my own to be able to write anything I liked and possibly in a language different from my native one, in order to practice. So, after I finally finished my exams in July, I recalled all of my WordPress know-how and I finally opened my blog. It’s starting off a little slow, but I’m actually very happy about it because I never see writing as an obligation, but that’s probably because it’s been my passion since I can remember.

How do you afford to travel as a student?

I must admit my parents pay for my studies – it’s a very common thing in Italy – but they don’t like me traveling too much, so I usually pay for my trips myself. Since I don’t have enough time nor enough money, I’ve learned to budget in order to spend all the money I can save on traveling. At the same time, I’m sometimes able to find a freelance job as a translator or as a blogger online, on platforms such as Fiverr, as well as small weekend jobs from time to time. I learned to budget like a boss when planning my trips. I tend to travel low season, mostly to places that I know are not too costly and within the European Union, so I don’t even have to pay for visa or insurance. I know my go-to sites for cheap flights and accommodations really well, and I tend to go to places where my friends study or live, so I can cut on accommodations. Lately I’ve been also participating in so many travel sweepstakes online, most people think they don’t work, but I can assure that if you take consistently part in all the online competitions you can find, you’ll eventually win. I can say that because I’m going to Peru next year after I graduate, and it’s all thanks to a prize I won out of luck online… so trust me, it can happen to anyone! [Editors Note: Awesome travel hack alert]

If you had a piece of advice for someone that is trying to juggle school, and also see the world, what would it be?

Keep your friends who are studying abroad for a period of time really close, they’ll be your best weapon when you’ll have a moment to travel, but a strict budget to stick to. Also, plan ahead of time so that you know when you’ll be able to travel without worrying about exams and essays – chances are, the “slow weeks” at school or university are also low season for traveling, you’ll realize it’s less stressful and also less expensive. Finally, don’t worry if you don’t have time for long tours, short weekend runaways may not be as exciting, but they can become your best way to see the world without giving up on your studies. 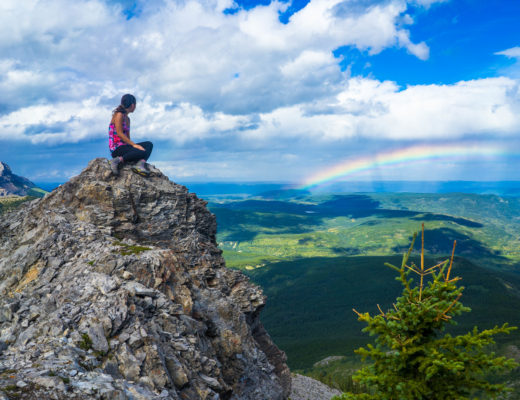 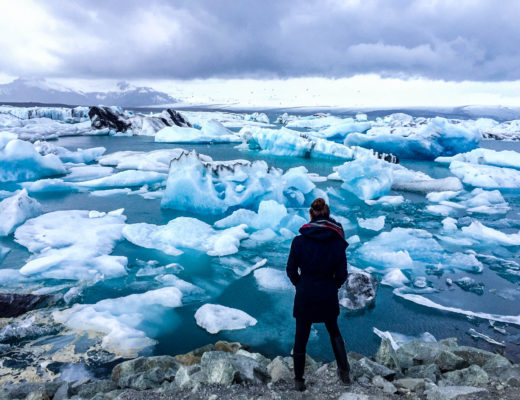 Building a Life in Toronto + Seeing the World: Interview with The Restless Worker 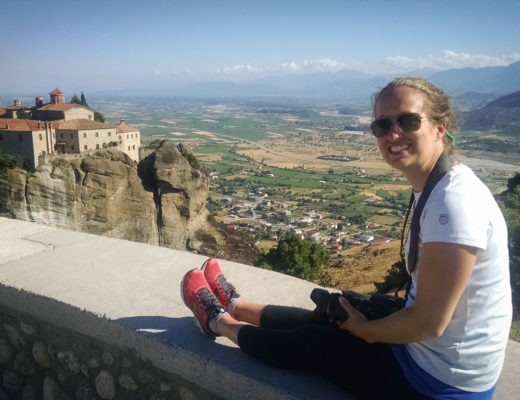