Sometimes Mother Nature is your friend and delivers the perfect weather to create the most beautiful setting for your travels and adventures. However, other times she’s a real bitch and doesn’t want to cooperate, usually when it’s really inconvenient. There’s nothing worse than when you have so much anticipation built up for something on your travels and then it ends up being a royal fail, but let’s face it, that’s life!

I compiled five of those times in my travels for you in this post. Those times that Mother Nature decided she just wasn’t feeling it, and made my travel plans not what I was hoping. The freezing cold sunrise in the Sahara Desert

Okay, so in all fairness, it’s not like this was really the end of the world. The sunrise itself was pretty beautiful, however, by the end of this post you’ll learn I’m kinda over sunrises. You get up so early and they never really are THAT spectacular. Am I the only one that feels this way? I’m definitely a sunset kind of girl. Anyway, thankfully we had a beautiful camel ride into the desert the evening before, but the next morning, our butts hurt and we were frozen to our bones from sleeping outdoors in the Sahara in the winter (yes, they get winter and it gets friggin’ cold!). The handles on the saddles for the camels were metal and freezing and if you’ve ever rode a camel you know how slow they move. I was so cold, I wish I was on a horse or in a vehicle that would get us there 10x faster! The smoggy sunrise over the Ganges

We watched the sunset over the Ganges in India the night before, which wasn’t much of a sunset, however the amazing ceremonies that took place along the river were incredible to watch by boat. Waking up super early before the sun in the morning to catch a sunrise over the Ganges however was much like the sunset, pretty non existent. Since India is very polluted, there is often just a smoggy fog hanging low over the river area and that meant that the sun finally came up only to reveal a whole lot of nothing, especially from a distance on a boat! I guess you can say we were pretty grumpy we got out of bed that morning! Ironically on the same trip of the sunrise over the Ganges, we woke up again for a sunrise over the mountains in Pokhara, Nepal. You think we would’ve learned our lesson, but the air in Nepal was so crisp and fresh in comparison to the pollution in India. We woke up to drive up a hilltop to a premium view point for the sunrise. However, when the sun finally came up and we were sitting there shivering, we soon realized that the clouds were hanging low which means no mountain top views for us! Womp womp. Another fail in the books! The good news was I finally got to see them from my flight back from Nepal to India. The foggy Chocolate Hills in the Philippines

I wrote about this experience awhile back on my blog. The view of the Chocolate Hills in Bohol, Philippines that almost didn’t happen. Part of the reason my friend and I traveled to Bohol in the Philippines was to see the majestic view of the Chocolate Hills. It’s a must-do! However, after an hour bus ride, we got there, climbed a big hill to the viewpoint, only to see fog. Devastated, we didn’t know if we should wait in hopes it would burn off or give up hope. Thankfully Mother Nature must’ve felt guilty so the fog burned off eventually and we got a peek at the view we had traveled all that way for, so I guess this one isn’t really a complete fail!

The 5am sunrise at Angkor Wat

Everyone travels to Siem Reap, Cambodia for one purpose and that’s to see the beautiful ancient temples of Angkor Wat. Tourists usually decide between heading to the temples for sunrise or sunset and my sister and I opted for sunrise. After waking up way too early to head to the temples and wait for the sun rise, we were greeted with a whole lot of nothing. The day was really cloudy so the sunrise was anything but “mind blowing” and although this isn’t related to Mother Nature, the amount of tourists that were waiting for the sunrise made it unenjoyable (see the photo above).

Mother Nature doesn’t always like to cooperate but that’s life. None of the above ruined my trips, it was more ironic and funny. When you travel all that way and wake up super early to see something amazing only for it to be a flop. Womp womp.

What are some of your Mother Nature fails you’ve had on your travels? Share in the comments!

Cooking Classes Around the World 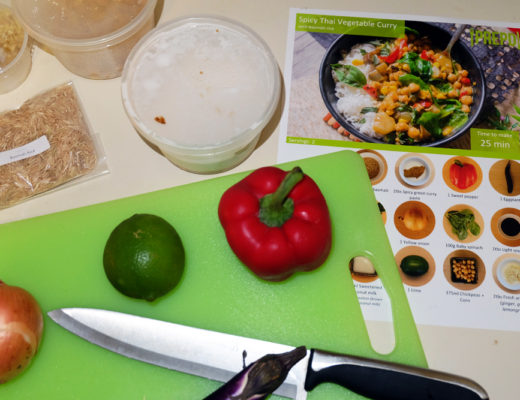