When I travel I have a tendency to become a “yes” person. I always say that traveling brings out the best side of me, the side where I’m not constantly overthinking everything and afraid to get outside of my comfort zone. Over the years of traveling I’ve said yes to some crazy things and when I say crazy things I mean beyond just clicking that button and booking a plane ticket to somewhere new. Here are some of those next level things that pushed me so far out of my comfort zone, yet left me with the biggest adrenaline rush and smile on my face that made it all worth it. When we had a day off while working in Spain we all signed up to go white water rafting, or so we thought. Turns out there was some miscommunication and we actually had signed up to go cliff jumping in the middle of nowhere in northern Spain. As someone who isn’t necessarily a fan of heights and also is a terrible swimmer, I was a terrified about what I was getting myself into. Given that I didn’t want to be one of the only people left out of this experience, I decided to go any way (there may have been a guy involved that I was also trying to impress).

We drove to the middle of nowhere, put on our wet suits and headed out into a back trail which brought us to a cold stream that we walked along to the cliffs we would be jumping off of. With each cliff that appeared I was terrified because I didn’t know how tall it would be. However, I managed to do all the jumps with the exception of the last one which scared me off when our guide told us if we jumped out too far we’d hit the other rock. Ah that feeling of doing something you didn’t think you could do is just indescribable.

Skydiving still tops the most terrifying thing I’ve done on this entire list. Although all things were scary in their own way, nothing really beats taking a plane up to the point where you can’t even see the ground and jumping out of it. As I loaded in the plane with my step brother, my body basically froze. I could no longer fake it until I made it. Everything since my body was telling me not to do what I was about to do. In fact, when my pal strapped to my back told me it was time to move my legs to dangle over the side of the open plane door and get ready to jump, I couldn’t even move. I was legitimately frozen. He basically dragged my legs over there himself and pushed me out of the plane.

I must admit, without him on my back I definitely wouldn’t have been able to jump. The minute we were out of the plane all I could notice was the fact that I could not breathe. I was trying so hard but the force of the air flowing into my face so quickly was not allowing me too. I had tears running down my face because I thought I was having an anxiety attack. However, I later found out that this happened to all my siblings I went with (gee thanks for the warning). When I finally landed on the ground I could kiss it! The adrenaline rush I had after was incredible and lasted for hours. I don’t think I’ll sign up to do this again but I’m glad I’ve done it once in my lifetime.

The Edgewalk in Toronto

The CN Tower is the focal point of the city of Toronto (aka the city I call home) and when they opened the attraction which allowed you to go hang outside the top of the tower, which is actually the world’s highest full circle hands-free walk, I had to go! My friend and I signed up for her birthday and headed to the top of the tower to get our safety briefing and geared up to go walk outside. Although I was shaking in my boots my friend seemed to be doing a bit worse than me so I needed to remain a bit lighthearted so we both got through this.

When our guide asked our group of six who wanted to lead the group out of the enclosed room to the edge of the tower, I volunteered (don’t ask why). As I headed out, my legs were shaking but the hardest part wasn’t walking around the edge, it was leaning over the edge, especially leaning forward (which they make you do). Towards the end of the experience I was feeling pretty comfortable up there but it’s still pretty terrifying to think that if your harness gave out just the slightest you’d plunge to a terrible death right in the heart of a touristy area in Toronto… womp womp. By the time I got to Nepal, I had already went skydiving years before so really paragliding couldn’t be much scarier (I figured) and I was right, but that didn’t mean it still wasn’t scary. I mean, we ran off the side of a mountain in hopes that our parachute would be picked up by the wind and float us down to safety. We piled in about 12 people into a six person van (got to love Asia) and headed on the winding road up the mountain (this may have been more terrifying than the paragliding part).

As we got to the top we didn’t have much instruction. We were tied to our guide and were just told to run forward off the edge of the cliff when he said “go”. The running off the cliff was definitely the hardest part because it felt so unnatural and everything inside of you is telling you not to do it. However, once you’re in the air, it’s peaceful and relaxing as you slowly float down to the ground. This may seem like an odd thing to fall on the list of paragliding, hanging off towers and jumping out of planes, however, on my recent trip to the Philippines cave hiking turned out to be unexpectedly terrifying. I headed out on the hike alone with my guide because my travel companion wanted to stay back at our hostel and read. As we climbed the steep paths that eventually led us to the caves I was trying not to pass out from the heat combined with how little experience I have hiking. When we arrived at the caves I figured it would just be a cave that I could walk into and walk out of but I was surprised when my guide kept leading me further and further back through very narrow holes in the caves wall. With each little entrance we went through I was starting to wonder how far back we would go. “It goes back 200 meters,” he told me. All I could think about was how I did not know this is what I signed myself up for.

To top it off, the only light we had were from two tiny flashlights and the caves were filled with bats. Although bats don’t scare me, spiders terrify me and all I could think about was how this would be a good place for spiders (big spiders) to live. THEN I noticed my guide really aggressively looking around with his flashlight. When we got out of the cave he told me he was looking around because there were lots of flies in the cave and his father once told him that when there are lots of flies in an odd area it can mean there is a python nearby. A PYTHON!? WHAT!? Oh and did I mention that he told me parts of this cave collapsed during a major earthquake. “Great so if I’m not eaten by a python I may get stuck under piles of rocks in the middle of nowhere in the Philippines if there’s an earthquake,” I thought. Anyway, I arrived back to my hostel alive and am still here to talk about it so I guess it was worth the risk. 😉

When you’re traveling there may be different opportunities that come up to push yourself out of your comfort zone. Although it may be downright terrifying at the time, I’ve never once had a regret at the end of the day. Doing something that pushes me out of my comfort zone gives me such a rush of adrenaline, independence and fulfillment and hey, you only live once! 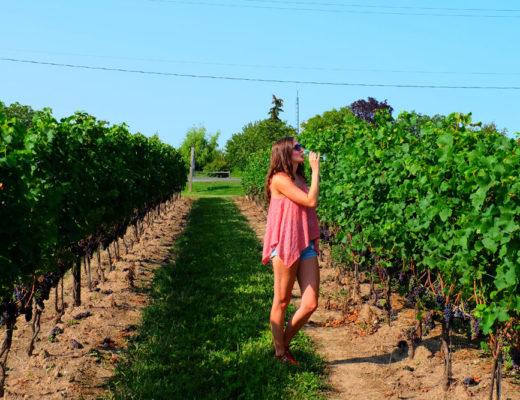 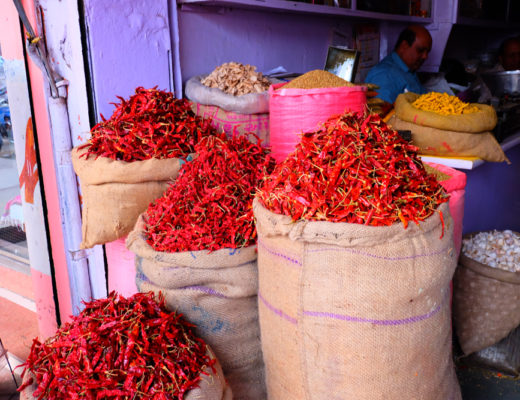 The 7 Stages of Grief When Coming Home