Medellin is the second-largest city in Colombia, next to Bogota. Located in the Aburra Valley, a central region of the Andes Mountains, Medellin is boasted as a tourist destination loaded with great restaurants, culture, and history, and it’s a must-do on every itinerary while planning a trip to Colombia.

It’s no secret that among the history of Medellin and the country, is the Medellin Cartel, which was founded by Pablo Escobar during the 70s and 80s. During this time, the cartel operated across South America, and the United States, and at one point fueled at least 80% of the United State’s cocaine market.

Because of this, 20 years ago TIME magazine named Medellin “the most dangerous city in the world”. Today, from the surface, it’s hard to tell this beautiful city filled with green space and culture could, or was possibly, the most dangerous place to be, and to top that “the murder capital of the world”.

Since then the city has gotten a facelift and in 2013, got a new name as “the most innovative city” in the world for their creative ideas for urban living. Part of this major shift in the culture of Medellin was the intro of the metro system in the 90s. This gave people a different perspective, and the ability to easily move outside of their neighbourhoods they were “stuck” in before. Allowing people the access to finding jobs in other parts of the city, and access to things and opportunities they never had before. Their innovations with transit also included a cable car system that connected people of the poorer neighbourhoods that sit along the hillside in the city to the city centre.

What I found interesting to learn while on a walking tour of Comuna 13, once known as the most dangerous neighbourhood in the city, was that everyone in Medellin fell into different barrios, aka neighbourhoods. Your barrio determined your “class” in the city whether that was lower or higher class. An area like Comuna 13, for example, would be lower, and a tourist area like El Poblado (where most hotels are), would be higher class.

What I was most impressed with is all the projects in the area helping to provide a better life for the residents here. Children in the lower class neighbourhoods like Comuna 13, were given the opportunities to access extra curricular activities they never had before to help them stay living the lives kids should live, versus get lead down the wrong road. The people of Medellin also have access to all of the same things. Everyone has access to things like electricity, water, education, etc. but if you sit in a higher class (based off of where you live versus how much you make), you will pay a different amount (more), than someone who is in the lower class (less). By providing EVERYONE with the same opportunities, it’s levelled out the tension and playing field among the different types of people that span the city.

Personally, I fell so in love with Medellin and I’m so glad that while planning my trip to Colombia I put it on my itinerary. Even though I live in a city (Toronto), I’m not usually drawn to cities when I travel. However, there was something about Medellin that seriously stole a part of your heart.

Now that I’ve written the longest intro ever, and you may already be done planning your trip to Colombia by now, let’s get to some of my recommendations in this city.

There are tons of areas and hotels to stay in while in Medellin. However, I had read that El Pablado was the best area for tourists. Yes, this is a more touristy, built up area, but it’s central, safe, and filled with fantastic hotels. We stayed at Art Hotel which was a boutique hotel with an incredibly modern feel, an awesome rooftop restaurant/bar, and great, clean rooms.

The Charlee Hotel is another swanky option. I should note that I found the architecture and decor of a lot of the restaurants and hotels here to be amazing. The Charlee Hotel also has one of the best views in the city from their rooftop, which you can visit even if you’re not a guest (make sure to dress a bit nicer – no shorts or flip flops – when visiting).

There is also, of course, some budget options for the backpackers out there, The Broke Backpacker has an extensive list here. However, Las Patios seems to be one that comes highly recommended. HostelWorld is also a good place for recommendations on some of the highly rated hostels too!

This list could go on for days, and in short, I was only in Medellin for about four days and did day trips for two of those, so I by no means did everything. Make sure you look at all the things there are to do while planning a trip to Colombia, because I may have not listed something you’d be the most interested in! This, however, will give you a good taste of what I did do, and also what comes highly recommended.

One of the best part about traveling in cities is that there are always a handful of free walking tours you can join. It’s important to note though that even though these are free, tips are expected, so don’t expect to be completely off the hook.

Real City Tour offers a free tour multiple times throughout each day and they are just under four hours long. Booking is required to save your space.

There’s also a great website called freetour.com that curates a variety of free tours in different cities. You can check out the ones in Medellin here.

A Comuna 13 tour is a must in Medellin, so this should definitely be on your list of things to do while planning a trip to Colombia. If you’re going to do any walking tour, do this. I booked through comuna13tours.com and had a fantastic experience. Also, it’s recommended you don’t do Comuna 13 on your own, in the daytime, it is safe, but you won’t get the full history and information behind what makes this neighbourhood what it is.

Walking through Comuna 13, you’d never guess this area was once a place that tourists, if there were any, would ever think of going. The community has transformed into a vibrant, livable area lined with street art that tells the stories of their past and future. Comuna 13 was controlled by Escobar in the height of the drug war until his death, and it was a pivotal event in 2002 where the military carried a strike to overthrow all the rebel groups in the area, where the area began to see a turn.

Medellin, like all of Colombia, is a major foodie destination. There is so much to taste and discover. Heading out on a food tour is a good way to try a lot of traditional foods in a short amount of time. A few options are:

Colombia is famous for its coffee, however, make sure that you go to a good cafe to try it. Colombia exports a lot of coffee, and usually, they are exporting the good stuff and keeping the average stuff. There are, however, lots of cafes that are dedicated to serving the best coffee and supporting local farmers. Here are a few:

Here is an extensive list of some cafes to drink the good stuff in by Culture Trip.

A free botanical garden in Medellin, Jardin Botanico is a great place to take a stroll and appreciate the greenery among the city.

I wasn’t quite brave enough to attempt salsa dancing, but there are popular salsa clubs in the city to try it out. Son Havana, El Tibiri, and El Eslabon Prendido are some of the popular ones.

Don’t do an Escobar tour!

Okay, the amount of tourists flocking to Colombia because they watched the show Narcos is no surprise. It’s great that the show is bringing in tourism to the city, but as many of my guides said, they have a love hate relationship with the Netflix hit. Yes, it brings them tourism, but it also brings them tourists who are there for the wrong reasons. They find their dark drug history more exciting than everything else the city has to offer. The locals, for the most part, aren’t fans of Escobar, and while it’s good to learn about the history, glorifying it is not something they want you to support.

Guatape is a popular day trip from Medellin and can be easily booked across a ton of tour companies. I went with Andes Adventures though as I only read good things about this locally owned company.

Guatape is a town most famously known for its amazing views you get when you climb the 700+ stairs up the Peñol Rock. After checking out the beautiful view, head into town, known as one of the most colourful towns in Colombia. It looks straight out of a Disney movie.

Seeing where coffee is grown itself is an incredible experience to have in Colombia. There are several places you can visit coffee farms, including day trips from Medellin. Tasty Town offers one, as well as Andes Adventures, to name a few.

The food scene in Colombia is amazing and ranges from street food, to gorgeous high class restaurants, to local eats. Of course, I recommend that you grab some fried foods from the street stalls. Empanadas, pan de queso, and arepas are popular and must-haves.

In terms of restaurants, here is where I ate and loved while there. Note I kind of spoiled myself and ate like a queen while here. There are obviously MUCH cheaper, local restaurants than these.

Carmen
*Make sure to make a reservation

Alambique
*Try and make a reservation before and note that it is hidden and not well marked. It’s up a set of stairs behind blue wooden doors.

La Bronca
A cute little Mexican spot with a great patio and cocktails.

Another one that came highly recommended that I didn’t try is El Cielo. It is a tasting menu, and you do need to make a reservation in advance.

Medellin was one of my favourite cities I’ve visited. I had little expectations when arriving and it seriously blew me away. I couldn’t believe how much there was to do, how amazing the food and restaurants were, and the culture, history, and people really completed the whole experience.

Have you been to Medellin? What are your recommendations?

Pin the below photo to save this post for when you’re planning a trip to Colombia! 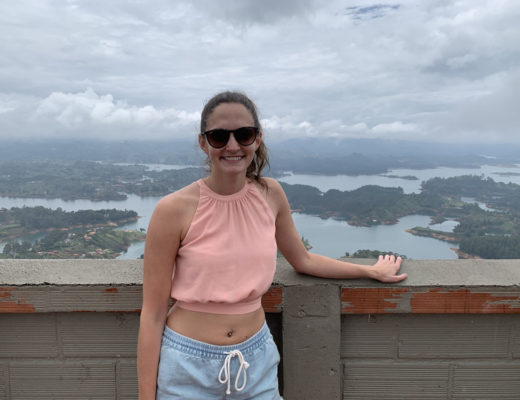 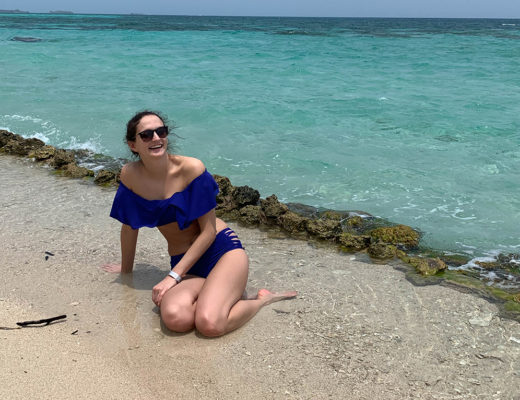 type your [first name] + [the year you were born] in the gif search bar.

the first gif that comes up is what your next trip will be like.

Today is #TakeoutDay and we know that our restaurants need us more than ever. Where are you ordering from tonight?