“I wouldn’t go visit them, it’s sad and very uncomfortable,” my tour guide told us when arriving in South-Western Uganda. She was referring to a local tribe known as the Batwa people.

Being a person that finds the importance learning extensively about the cultures and people of the places I visit, I was still intrigued despite her warning. I had been on a 2.5 week tour of Uganda and Kenya, and felt that I hadn’t really been immersed in the culture. We had toured together on a truck with other tourists, camped so we weren’t staying in local hotels, and made all our own food at the campsites. I was craving that connection with locals that I usually get when traveling outside of a tour group. I felt like all I had seen was the glorified white, tourist version of East Africa, and I wouldn’t be doing it justice if I left with only seeing the beautiful animals it had to offer.

So my girl friend and I decided in our free time to select the local cultural immersion tour offered through a hotel we were camping at. The tour would take us to visit the Batwa people, as well as a local coffee plantation. To me, I wasn’t that concerned, as the tour group I was traveling with prides itself in ethical travel. What I didn’t realize is despite the tour group offering us these tours done through the hotel, these weren’t run by the tour company, and not necessarily all supported by the tour company. Anyway, before we get to into my personal experience, I wanted to educate you on the Batwa people and the issues they are facing in Uganda today.

About the Batwa people of Uganda

The Batwa people are one of the last groups of short-statured people also known as “Pygmy” people. Up until the Bwindi Rainforest was named a National Park, they lived there as hunters and gatherers. In 1992 was when they were evicted from the only home (within the forest) that they knew.

These people depended on the forest for food, but also for medicinal herbs to keep them healthy. They have a spiritual and religious connection with the forest, and were known as “The Keepers of the Forest” for thousands of years. They lived peacefully within the forest, among the creatures (including the famous mountain gorillas that I visited this area to see).

According to the 2002 population census, the Batwa population in Uganda is about 6,000, and although their eviction from the forest happened more than 20 years ago, their eviction continues to take a heavy toll on this community with their severed connection with everything they knew and believed in being inaccessible.

Today, the Batwa people live on land that was purchased for them when they were evicted. However, it’s important to keep in mind, these people did not grow up like you and I. Their livelihood depended on the forest. They don’t believe or live the life that an average villager would. Think of it this way, if you (and your ancestors) only knew a certain way to live, and then were picked up and placed somewhere else, forced to try and live and survive in an entirely different way. Would you thrive?

The land that the Batwa live on now is nothing but slums. There are sometimes hundreds of people living among them, in shacks of ripped plastic bags, rotten cardboard, with torn clothing that doesn’t fit, and is filled with dust and dirt. If children attend school, they often go with empty stomachs, or with the hopes of getting something to eat while there.

Besides poverty and the trauma of being separated from their homes, Batwa people have faced social exclusion in the communities they reside in. Although not as widely present today, initially, people didn’t want to sit next to Batwa people or socialize with them. People refused to share water from the same well, or food from the same table. A variety of stereotypes and misconceptions exist around these people, including a popular belief that sex with a Batwa woman can cure various illnesses such as HIV, leaving them vulnerable to sexual assault and HIV.

According to Refugees International, while other citizens are issued birth certificates and identity cards free of charge, Batwa must undergo an involved bureaucratic process. Without these cards, it is difficult to enroll in schools and receive government-funded health care, which are otherwise guaranteed to other vulnerable people in the country.

The odds of success and ending the cycle of poverty for the next generation among the Batwa people is small. These people did not have the tools or training to get regular jobs, and although some work in unskilled menial jobs, most (an estimated 80%) earn money through begging, making them some of the poorest people in the world.

As soon as our car pulled up to the slums in which the Batwa call home, I had immediate regret of signing up for this excursion. I am not a supporter of slum tourism, and I felt immediately uncomfortable knowing that I should not be there unless I had some way to give back or help.

We climbed up the hill where the slums sat, watching each of our steps as the ground was covered in trash, and everything in between. We were welcomed by an older man, who was known to be similar to the “leader” of this group of Batwa people. They escorted us to sit down, for a show they were going to put on for us.

I felt so incredibly uncomfortable. Not only did I feel like I shouldn’t be there, but also, they were now going to force these poor, displaced people to put on a show to entertain us white, privileged, tourists. As they sang and danced, I couldn’t help but watch how miserable all the bystanders looked, and the performers themselves. You could tell they did not want to be doing this, they wanted to be living in the forest, the place they peacefully lived among nature.

Our guide told us that this is something that the government has encouraged them to do as a way to make money. They handed over a guest book for us to sign, and all the comments were tourists outrage of what the government (and tour groups) were forcing these people to do.

The older gentleman showed us his home, a dirty shack where he slept on the floor. He must’ve been over the age of 80. I couldn’t picture this is how this elderly man lived.

As we walked out of the slums, we were followed by a mother holding a baby. She was begging us for soap for her baby who was covered in dirt. She followed us to the point I thought she may get right in the car with us. We felt so guilty that we didn’t bring anything with us to donate, or offer her.

When we pulled away, I had this awful feeling inside of me. Our tour guide was right, this wasn’t a place we wanted to visit. But at the same time, it was important to visit. I would’ve left this area not even knowing this existed. The sad part was, we paid good money to go on this tour, and we knew that the hotel pocketed the majority (if not all) of it.

When we got back to our hotel, we asked the men who brought us to visit the Batwa people if we could give them some items to bring back to the people we visited. It wasn’t much, but we emptied out our bags to find a bunch of protein bars, wipes, shampoo, and other things that we could definitely live without on this trip.

Lesson: Be an informed traveler

My heart still feels heavy speaking about this. Usually in these circumstances I would feel uncomfortable sharing that I took part in this type of tourism. However, I think it’s critical to tell my story, and help others learn from my mistakes so they can make more educated choices when visiting areas like this.

I visited this area to trek to see the mountain gorillas, and seeing these amazing creatures, I can understand the need to conserve them and the forest they once shared with the Batwa people. However, the way this was done obviously only benefited the animals of the forest, and not the people who lived there too. In The Guardian documentary that I embedded in this post, you can see that the Batwa people aren’t seeing the dollars that tourists are bringing to the forest. These permits for gorilla trekking come with a hefty price tag ($700-800 USD) and that money is not going back to the people who were displaced in order to make this incredible experience possible to privileged tourists like us.

As a traveler, I do my best to do my research, and learn about the cultures in the places I visit, and the issues that they face. East Africa has widespread poverty, that’s not something that is a secret. However, it can be easy to visit these places and completely bypass learning anything about it. Especially when you have spent thousands of dollars to go on that bucket list safari. Yes, tour companies need to do a better job at educating travelers on not just the glamorous sides of their countries, but we also need to take initiative to ask questions, learn for ourselves, and be responsible tourists.

Have you ever experienced something like this while traveling? I would love to tell other travelers stories on things that you learned while traveling that many people may not know. Comment below or send me a message!

Disclaimer: In full transparency, when I returned from my trip I provided my insights and feedback on this experience directly to the tour company in hopes this wouldn’t be something offered to future travelers, unless it was in a more ethical way that does good for the Batwa people.

Note: I did not take any photos while visiting this tribe as I felt it was insensitive and inappropriate. All photos and videos were found via social media. 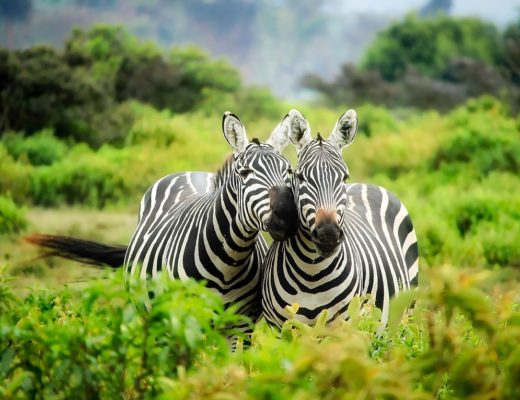 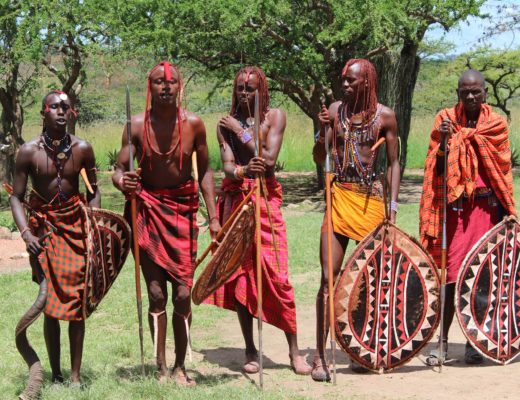 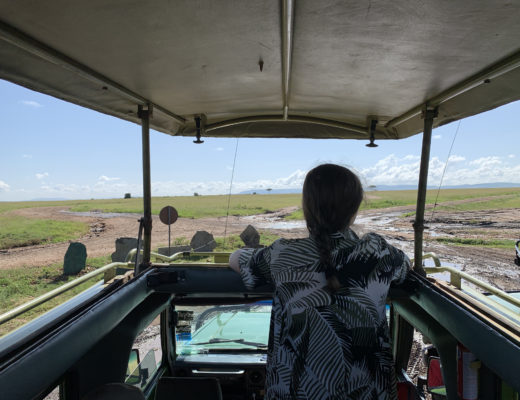 Lol I can’t help but laugh at how ridiculous it is that our beautiful cherry blossoms get gated off because our city doesn’t want people to come look at them 😂🤦🏻‍♀️ twitter.com/jamespmcleod/s…

Remember that time Toronto put a ring of cops around High Park and threatened arrests to prevent people from looking at flowers, in spite of scientific evidence showing outdoor covid transmission is very rare?

Then after a year to reflect on their mistake, they did it again?

Omg I relate to this so much it hurts my heart 😂 twitter.com/ericvellend/st…

“Sir, have you travelled anywhere in the past 14 days?”

“Dude, I haven’t been east of Bathurst since November.”

Happy #EarthDay! I've compiled some of the ways I've made changes in my life to better the planet. What are some of your tips & tricks? twirltheglobe.com/other/happy-bi… #EcoFriendly #Sustainble

Meet the Gen X influencers. With those 40 and older rushing to get the AstraZeneca vaccine, experts say it could help create a ripple effect, even with boomers. A selfie, a post on social media could go a long way, they add.https://t.co/lH8fGuYLS2

Remember eating at restaurants? As much as you try

The colourful sights of spring 🌷What colour are