Going on a Maasai Mara safari is on so many peoples bucket lists when they think of a trip to Kenya. It was definitely on mine. I saw not only incredible photos of wildlife, but also I was very intrigued to meet and learn about the Maasai people, their culture, and traditions.

I wanted to compile some of the things I learned about these people and tribe, as well as share my experience visiting a really amazing woman who is helping pave the way for young women in this community. So let’s get into it…

Who are the Maasai people?

The Maasai are an ethnic group living in Northern, Central and Southern Kenya, and Northern Tanzania. They are widely known around the world based off the fact that they reside near many famous game parks, and most tourists that visit this area of Kenya or Tanzania will visit and/or see the Maasai people dressed in their red cloths.

Many tribes throughout Tanzania and Kenya welcome visits to their villages to experience the culture, traditions, and lifestyle of the Maasai, in return for a fee.

What are their traditions?

I’m going to preface this next section by saying that the Maasai have a ton of traditions, and I can’t list them all out. Here are just some of the ones I found the most interesting and/or shocking on my Maasai Mara safari.

The importance of cattle & children

Although the outside world has modernized some of the Maasai people, there are still many of them living the traditional nomadic lifestyle. Maasai society is ran by elder men, and sometimes retired elders who decide most major matters for each Maasai group. The Maasai are heavily dependent on cattle, and almost any issue or conflict can be solved with the exchange of cattle. Maasai people are also very dependent on children. They believe the more cattle and children you have, the “richer” you are.

When someone dies within the tribe, they do not bury them. They believe it is too harmful to the soil. Instead they are left for scavengers (aka animals).

Of course their have been many influences from the outside world forcing the Maasai to adopt things like farming, and even in some cases, typical jobs that we’re most familiar with.

Clothing differs between their location and their ages. Young men will wear black for several months following circumcision (more about that tradition below). However, red is their colour of choice and often what you’ll see draped over them in different ways. They also wear simple sandals made from basic materials, wooden bracelets, and women will be seen with bead work jewelry. This jewelry is usually sold in tourist shops and if you visit a tribe while in Kenya or Tanzania.

The right of passage for boys

The Maasai also believe in a “coming of age” type ceremony for boys as young as 12 years old who have reached puberty. To make the transition from boyhood to the status of a junior warrior, this requires them to get a circumcision performed without anesthetic (ouch!).

In some circumstances such as the boy living near a town with a doctor, this may be done in safer conditions, however, it’s typically performed by the elders using a sharpened knife and makeshift cattle hide for bandages. If that’s not painful enough, the boy must not show any pain during this ceremony as that is said to be dishonorable.

During the healing time, boys must live in a village built by their mothers that has no barricade for protection. This is where their “warrior” role of protecting the community comes in. There will be other initiations and training’s the junior warriors must go through to graduate to senior warrior, and so on.

The right of passage for girls

Females also undergo female circumcision as part of their rite of passage into adulthood and into early arranged marriages. The Maasai believe female circumcision is necessary. This ceremony naturally receives a lot of criticism not only from abroad and in more modern communities, but also from women who have undergone it.

Girls/women can not be married until they undergo this ceremony, and in order to protect their children from poverty, parents choose to marry their daughters off at a young age. Girls can go through this ceremony at as young as 10 years old. Although this practice is now illegal, it still happens.

Girls are often “sold” off for marriage in exchange for cattle which is incredibly valuable and necessary for their survival.

The Maasai are traditionally polygynous, meaning the husbands have more than one wife.

One person can make a difference

When visiting the Maasai in Kenya, I was blown away that these very dated traditions were still practiced. Although lots of Maasai people have become more modernized, there are still a ton practicing things like female genital mutilation, and that don’t see the value in education for kids. Meaning these traditions will be an endless cycle because it’s all the next generations know.

I was lucky to visit a very special project run by an amazing lady named Hellen while visiting. Hellen started an organization called TEPESUA which is located about 30km from Maasai Mara. Hellen is a local teacher who saw the need for sustainable solutions to the challenges that face the Maasai community. Such as access to education for kids, versus early child marriages, female genital mutilation, etc. She also helps provide programs for the widows in the community.

Widows are often married off to older men, and when they die, they are left with nothing as they do not have the right to inherent anything from their husband. These young widows are often left with children, and no home or way to take care of themselves or their kids. They are also not allowed to remarry.

Hellen was raised in a traditional Maasai family, and was married off twice by her father in exchange for cows. The first time at age 12. She later ran away from this life and received a scholarship that allowed her to complete proper education.

They have a saying in Africa where if you educate one girl in a community, you educate the whole village, because she will come back. And that’s exactly what Hellen is doing with her organization.

Educating the next generation

Hellen has created two schools to help educate the next generation of Maasai children. Hellen will take these kids under her wings to provide them with the opportunities everyone deserves.

She shared with us that she’ll often trade clean drinking water for children (especially young girls) so she can take them and provide them with schooling versus them being married off.

She is doing much more than just providing education, but also providing them with a safe space, and acting as a mother figure to them that they did not/do not have.

Hellen also founded two community villages for widows so they can find support, safety and economic growth. The women are taught bead work where they make beaded jewelry that is sold to tourists (like us) and give them a source of income. They also make other crafts, and sew eco-friendly handbags, reusable sanitary pads for the community, etc.

For me it was really hard to see the slogan “Don’t exchange girls for cows, give them education” pasted on the eco-friendly bags you could buy in the widows village. It was such a shocking statement. One that slaps you right in the face because most people are oblivious to this happening in the world. For me, I’m so far removed from old school practices like this while living in Canada, that it’s hard to believe being traded for a cow is a thing anywhere.

I loved having the ability to really learn about the Maasai on my Maasai Mara safari, their traditions, and an inspiring person that was doing her best to make a difference, to pivot the old school ways of life for girls in the community.

This was a very unique way to visit this tribe, and I’m thankful for the opportunity to do so on my Intrepid tour. You can read more about the tour I did with them here.

Have you ever visited or learned about a different culture or traditions that shocked you? Share below in the comments!

Disclaimer: This post was written in partnership with Intrepid Travel and contains affiliate links. However, as always, everything written within this review is authentically my own opinion.

How to Pack for 20 Days in East Africa 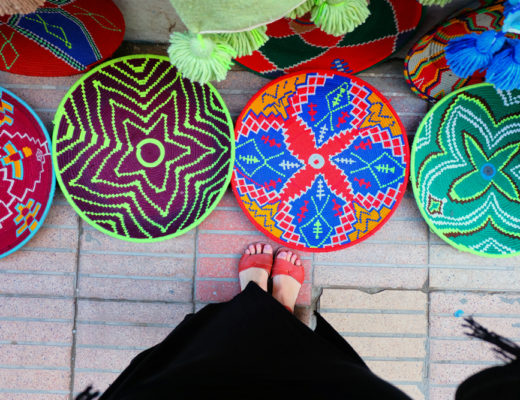 How to Spend Two Weeks in Morocco 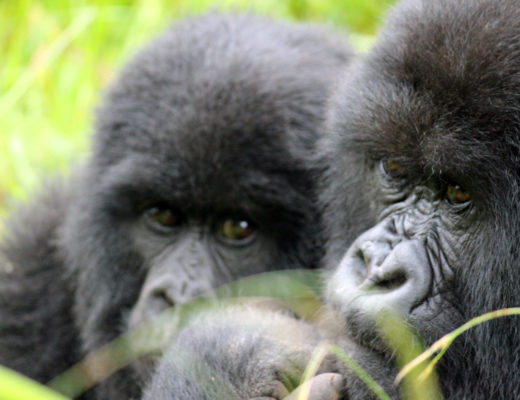