Halong Bay is a spot that falls on many peoples bucket lists—being one of the natural wanders of the world and a UNESCO World Heritage Site, tourists flock from all around the globe to Vietnam to set sail through the 2,700 islands in Halong Bay.

In December 2014, this was one of the main reasons my sister and I traveled to Vietnam. With limited days to see as much as Southeast Asia as we could, Halong Bay was on our must-do list. We arrived in Hanoi, which would be our base where we would meet the tour company we were traveling with—Kangaroo Café and Tours. We boarded our tour van with a small group of others to head on our 4 hour drive to where we would get on our boat for the night. When we arrived to the port, we were surprised to find out that the weather may not cooperate in our favour. You see, back in 2011 one of the tourist boats capsized, and since then the authorities are very paranoid when there is even the slightest warning of the wind or weather not working in our favour. It was shocking to us that this may even be an issue—we traveled all the way to Vietnam primarily for Halong Bay, so it would be devastating if we didn’t get to see it. Thankfully, we were allowed to go out for the day, but it was still up in the air about whether or not we’d get to spend the night out on the water. Since the weather was altering our schedule, and there was potential of us not getting a second day and a night on the boat, our itinerary slightly changed. We set sail and headed towards the Sung Sot caves, while having lunch of route—which was a variety of seafood. After lunch we stopped to look and walk around the caves, which were filled with people but still cool to see (and kind of eerie). In the caves there is a lucky rock that is supposed to bring you luck when you rub it, so our whole tour group made sure to rub it in hopes that we would get to spend the night on the water. As we left the caves, we got the good news that the weather was looking up and we’d get to spend the night and second day in Halong Bay. We headed over to an area where you could swim and hike up 400 stairs to a lookout that gave breathtaking views of the bay. Thankfully, despite it being unexpectedly freezing, the sun came out for a little bit so we could get some nice photos. After spending some time on shore, we headed back on the boat and had happy hour and dinner. One of the only things I’d complain about on the tour was the cocktails, which is such an irrelevant and unimportant thing, but I’d suggest to stick with beer. After dinner, we had the option to do some squid fishing but we didn’t have much luck with catching any! Our rooms on the boat were great—they were quite roomy and we had our own bathroom and a window with a view (see above). The only thing that altered our sleep was the party boat that was also parked in the bay near us, which played rave music all night until the early morning. It’s a shame they let boats like this in the gorgeous, and otherwise peaceful bay.

The next morning we woke up early to have breakfast and head over to an area where we took a rowboat through the caves and islands, and we even saw some monkeys playing among the rocks! Unfortunately the wind and weather didn’t cooperate as well on day two as the government ordered all the boats to come back to shore early—at this point we were thankful we even got any time out in Halong Bay. After lunch at a local restaurant, we headed back to Hanoi after an amazing day and night in Halong Bay. Although like many tourist attractions, Halong Bay had so many people and boats around, nothing can really alter or takeaway from the beauty of it. Our tour was great, our guide was knowledgeable and friendly, and we got to check an amazing wonder of the world off our bucket list. 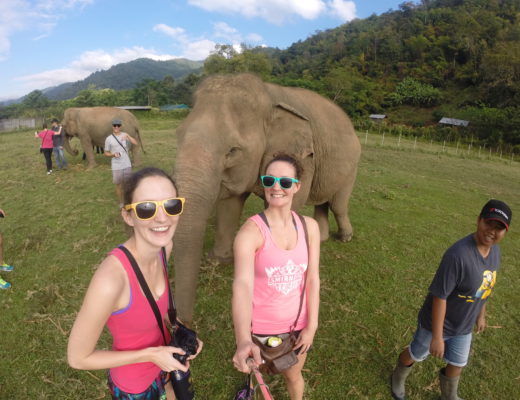 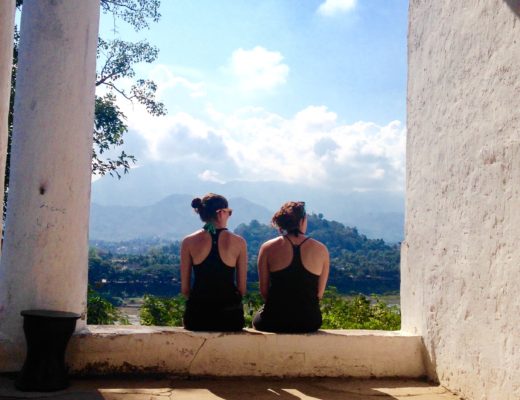 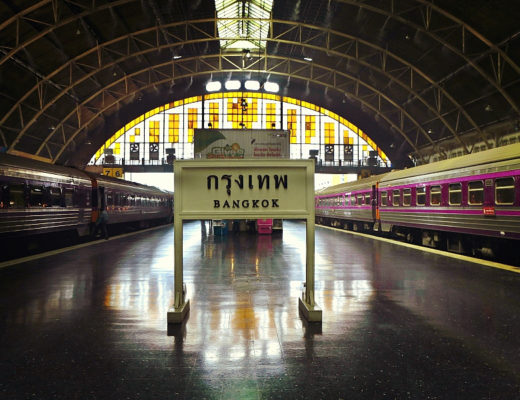