Gawad Kalinga (meaning “give care” in English) is a Philippine-based movement that has a mission to end poverty by 2024 in the Philippines through restoring the dignity of the poor. The organization does this in a variety of different projects across the country, and is present in 2,000 communities which affect 60,000 families to date.

I had the opportunity to visit one of the most unique projects of Gawad Kalinga (GK), the GK Enchanted Farm. The Enchanted Farm is located in the province of Bulacan which is about a 2.5 hour drive from the Manila international airport and is a platform to raise entrepreneurs, help local farmers and create wealth on the countryside. In 2014, more than one-quarter of the population in the Philippines fell below the poverty line and what Gawad Kalinga realized was that the country was abundant in resources, yet not embracing them. The Philippines imports 70% of their chocolate, milk and cheese (plus more), but there’s opportunity to make better use of their land which can create jobs and alleviate the poverty among Filipinos.

As we pulled through the gates of the GK Enchanted Farm, our team of five weren’t sure what to expect and we were definitely blown away by the 34 hectares of land which was lined with incredible opportunities. Behind the gates was a whole community of families, businesses, students and volunteers.

Before visiting the farm we didn’t really have much information. In my head, we were going to be sleeping in a rustic hut (which you can also do) but we were set up at the Oasis Hotel which also is located on the grounds. I had definitely not expected a hotel to be located on the farm, let alone such a beautiful hotel (see above)!

I also was surprised to learn not only how big the grounds were but about all the different aspects of the farm that existed. There was the typical farm one would imagine, but also an (unofficial) university onsite called SEED which kids from the local communities attend on scholarship to learn about entrepreneurship. These kids all come from families that don’t have the money to send them to university, which often times will lead them to continue to live in poverty for generation to generation. SEED, although isn’t an accredited university, functions just like a regular one. Students attend classes, take exams and have several hands on aspects of their schooling to learn, and build businesses. Traditionally, Filipinos have a stigma around farming and agriculture, which is that farming means you’re poor and unsuccessful. Through SEED however, students learn to appreciate the industry in hopes to help create new possibilities for those within the community. “What we are farming here isn’t just fruits and vegetables, we are farming people,” Joni Gale Mirandez, one of the management team members explains. Just like many other countries, entrepreneurship isn’t as widely accepted among Filipinos because they are afraid of failure, and if they can afford post-secondary education which can land them a career as an engineer, a doctor, or something that can guarantee success, there is no point in taking the risk. With SEED, GK plans on changing that stigma. Outside of the university, farm and hotel, there’s also a whole village that thrives on these grounds. They live in housing on the land, run businesses and work in different aspects of the farm. It was incredible when you passed those entrance gates because although we didn’t enter a whole new city or town, it felt like we did based off the way that the community functioned and came together. Joni explained that since GK has come into this community they are the biggest tax payer, they have created the biggest home development which houses those that would’ve been living in slums, and they are also the biggest source of scholarships in the town which helps educate the next generation. She explained that community members eat three times a day, they feel safe wearing the GK branded shirts in the community, and when the rest of the world is trying to divide themselves (in the case of the Philippines that’s by economic class and language), GK is trying to break down those walls and bring people together. On our first full day at the farm, we really got the lay of the land. We were given a two hour walking tour which showed us all the different aspects that existed on the farm such as the university, the farm itself and the different social enterprises that have sprouted from SEED, as well as foreigners and locals who have been inspired while visiting the Enchanted Farm. All of these social enterprises help employ those in the community and also provide them with the skills they need to succeed (if they don’t already have them). Keep reading to learn about some of these social enterprises that exist…

Plush and Play was developed to highlight the undervalued sewing skills of the women living in the Gawad Kalinga communities and gives women an opportunity to have a flexible job so they can raise their families while working from home. The area in which the GK Enchanted Farm exists used to have a booming textile industry, and when that changed, many women working there were left unemployed. Plush and Play gives them a place to utilize those skills they have by creating cute and colourful hand-stitched stuffed toys, most which are fruit and vegetable themed to teach Filipino children to eat healthy. CalaBoo is a dairy product line made of carabao milk. The Philippines imports most of their milk and because of that, it’s in powder form. However, carabao exist, yet farmers aren’t utilizing these animals for dairy which is a missed opportunity. CalaBoo employs local farmers and has grown to receive national attention from celebrity chefs showing interest in the products. We had the chance to taste their yogurt and it was incredible! This social enterprise works with a special refrigeration system which allows them to quickly and efficiently make ice and these yummy popsicle treats for local schools and of course, visitors like me. The machine uses half the amount of energy and flash freezes ice and ice lollies. This is a relatively new enterprise but they hope to sell to local sari saris (their version of convenience stores) soon. Tito June (photographed above) is passionate about worms and dirt, and has a sense of humour which makes you wonder if he missed his calling as a comedian. Vermi Cool is a social enterprise that takes compost from the community and the special magic of many worms to create fertilizer for the farm and community. You can read more of Tito June’s story here.

These were only a few of the social enterprises we visited on the GK Enchanted Farm. This community is like an untraditional incubator for entrepreneurship and it’s so incredible to see the love and joy the locals get from working for and creating these businesses. GK has shown and taught these people how to be proud of who they are and where they come from. Filipinos have this mindset that everything that’s foreign is better, but GK is changing this mindset. In their manifesto that hangs in one of the nearby buildings, it reads: “… a people who will not merely be consumers, but also producers. I dream of Filipino brands which will be globally recognizable. Filipino brands that do not leave the poor behind. I, will produce such a brand.” It’s these powerful words that you can see shifting the mindsets of not only the current generations but the future generations. And it’s this kind of change that will help Gawad Kalinga reach their goal of alleviating poverty for five million families in the Philippines by 2024. As our bus rolled out of the Enchanted Farm, and as I headed back towards Manila where I’d catch my plane home that night, my heart was so completely full. When you travel it’s so easy to turn a blind eye to the real issues that are happening within a country. It’s like we ignore that these things are happening for the sake of us wanting to have a great vacation. But as travellers, it’s so important to not be oblivious to things like poverty that exist. We have the ability to choose when we travel whether we’re going to buy into our own economy by staying in places like the Hilton or eating at Westernized restaurants like Starbucks, or we have the choice to support the local economy and give them a chance.

So I challenge you on your next trip to start thinking about how you travel. Stay at a local hotel, eat at a local restaurant, buy from local businesses versus Western chains. The difference it can make can be more then you’d ever imagine.

For those wishing to visit the GK Enchanted Farm and experience the magic that happens there, you can contact MAD Travel, an on the ground operator that can help plan your visit. Click here for more information. 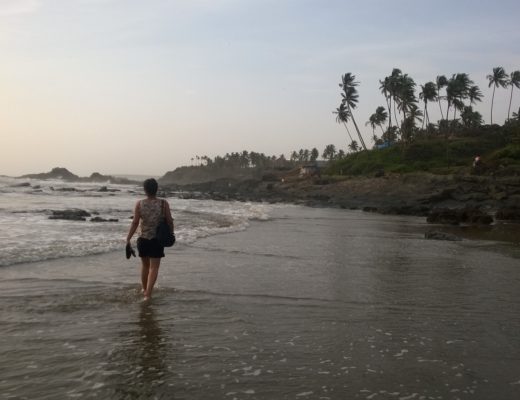 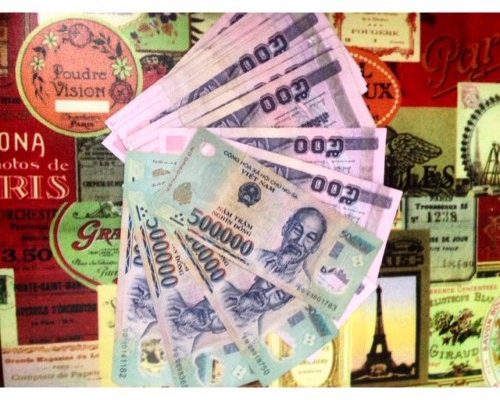 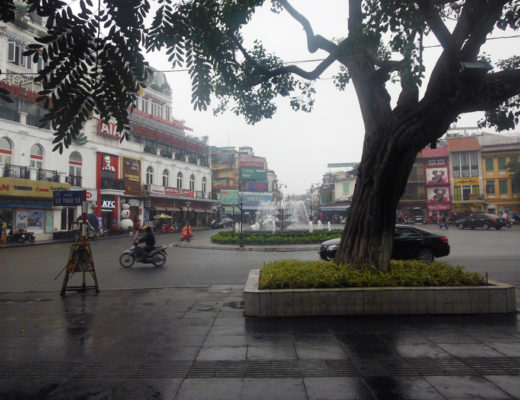 You Gotta Do This: Hanoi, Vietnam