With an obsession with dogs and an eagerness to force myself outside in the frigid Canadian winter, dogsledding has been something I’ve been wanting to do for awhile. When recently visiting a friend of mine in Ottawa, Ontario after not seeing her for over a year (she was living abroad), I thought what better way to celebrate our reunion then taking part in one of the most Canadian things we could do. There wasn’t really any dogsledding tour companies in Ottawa itself, because usually these exist out in the middle of nowhere, but with the help of some recommendations we found online, we managed to find Timberland Tours. Timberland Tours is located in Bristol, Quebec, which is about an hour drive from Ottawa. The facilities are located literally in the middle of nowhere on a back road, so there’s no way to get there really unless you have a vehicle.

Timberland Tours has been around since 2008 offering year round sledding adventures (yes, you can go with a group in the summer months too). They have over 40 dogs that are a special mix of German Pointer, Greyhound and Alaskan Husky, the reason for this mix versus the traditional Siberian Huskies is because they’re known to be even faster! The owner of this joint, Denis Rozon, has been racing sled dogs for over 40 years and definitely knows his way around a dog track (if that’s what you even call it).

As we pulled up to the property, parked our car, and headed towards the main building/residence of Denis. We passed all the little insulated dog houses along the way. We were greeted by some of the helpers on the property and were soon greeted by Denis himself. We first got a lesson on the sleigh. We learned what we had to do in order to “drive” it and a few safety things to keep in mind, like how far back you should stop from the sleigh in front of you. We then helped harness the dogs. Each sleigh had five dogs, and they were eager to get running because the cold -20 Celsius weather was making even them cold.

We were a group of four, so the helpers and Denis split some of us up. The other pair were split up and each went with a helper or Denis, my friend and I had our own sleigh together. I wasn’t sure if I should be intimidated by this or not. Neither of us had ever driven a dogsled before and we were a little concerned we were going to see a disaster unfold. Before we knew it, we were ready to take off. We zoomed off and went around the trail which took us through the beautiful forest of snow covered trees. We stopped half way to switch drivers so we both had a try! The actual ride was maybe around 30-45 minutes. However, the whole experience was around 3.5-4. When we returned back from our ride, and took all the dogs off their harnesses, we warmed up in a teepee before we had a nice barbecue outside with hot dogs and hot chocolate. I’m not going to lie, I dressed warm but I was freezing! I’d highly recommend that you wear many layers because you don’t spend any time indoors and if you end up with a cold winter day like we did, you’ll likely not get very far.

However, our experience was so much fun! As a Canadian, I tend to hibernate in the winter and forget how beautiful it can actually be. Although I was cold, I was happy to try something new in my own country! I would highly recommend that if you’re visiting Canada to look up where you can partake in dogsledding, or even if you live here and haven’t done it, that you add it to your bucket list. 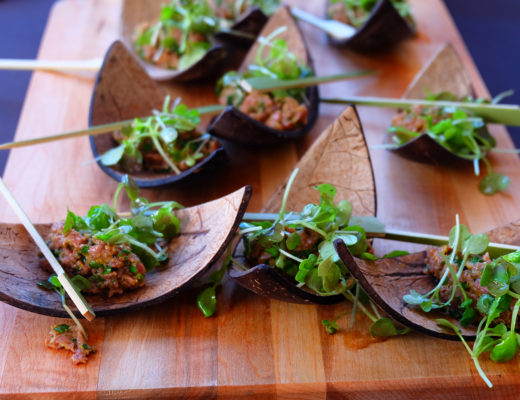 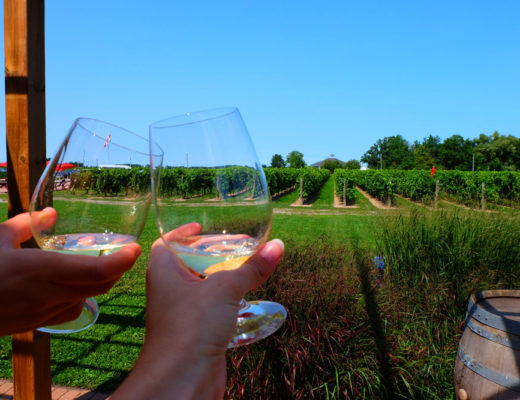