Update: Since writing this post, Teara Lab has unfortunately closed in Toronto

What on earth is a Japanese fusion sandwich?

I had the same question when I was invited to attend a menu tasting of the new Japanese fusion sandwich shop, Teara Lab which is opening today (May 27, 2016) in Toronto. I am someone who likes to explore new cuisines and food, and thankfully, living in Toronto, I don’t always have to travel far to do this.

I have never traveled to Japan, or really even tried much Japanese food in my lifetime (other than sushi), so I was really intrigued by Teara Lab’s innovative approach to combine modern, Americanized food with the more exotic Japanese cuisine.

As I walked up to the new restaurant that sits at 181 College Street, right across from part of the University of Toronto campus, I was immediately impressed by the sleek and modern signage and design on the outside of the restaurant. Since this is a university area, the streets are very much lined with the typical student food joints, in fact, the place that Teara Lab currently occupies used to be a burrito place (I know, how original). As you walk into the new fast and casual restaurant, the serving/ordering counter is immediately to your left, with some seating in the back of the restaurant. The restaurant uses the modern white and gold decor, making the whole restaurant feel a bit more classier considering it’s a “fast food” place.

When we were there, the new staff were getting trained in preparation for the grand opening, and there was a buzz in the atmosphere as you can genuinely tell all the staff were excited about Teara Lab. The owner of this restaurant actually purchased this space months ago, and the team at Teara Lab have been working to perfect the menu before opening, and after tasting the food, I can genuinely say, they have done a great job of perfecting it.

The menu consists of sandwiches, fries seasoned with seaweed, and a great selection of fruity and milk teas to order. They even are the only restaurant serving Ramune, a famous Japenese soda which is quite the spectacle to even get it open. Basically you take off the lid, pop out the centre, and then use that to push down a glass marble which allows air into the bottle and fizzes the drink. We tried the grape flavour which tasted just like regular grape soda. I also ordered one of their fresh passion fruit teas, since it was about 30 degrees Celsius outside and I was dying of heat, and this drink was so delicious and refreshing. We took a seat in the back of the restaurant and sampled three of the sandwiches on the menu. We started off with the teriyaki chicken burger which is said to be the most popular from the people who have tried it so far. The burger had the marinated chicken, lettuce, tomato, and a wasabi mayo. The next sandwich was my favourite, the soy glazed pork belly sandwich which had avocado, onion, kimchi and seaweed. The mix of the kimchi and seaweed made this sandwich to die for. I will definitely be returning for this alone! Lastly, even though I was about to explode, we tried the most expensive/deluxe sandwich on the menu ($11 CDN) which was the red wine glazed short rib sandwich (photographed in the feature photo). This was also an excellent choice! The chef, who is also the head chef at famous Japanese restaurant in Markham, Ontario, KaKa, has really spent time to get the combinations of marinade and toppings on these sandwiches perfect and it definitely pays off. Each of these sandwiches that range from $9 CDN to $11 CDN come with seasoned fries and a drink, and I would have to say this is probably the most gourmet fast food I’ve ever had. Teara Lab has mastered a way to bring fresh food to you in a quick and convenient time, and their PR lead even told me that they don’t make everything ahead and just warm it up like other fast food places. They have really tried to make a way to keep the food made fresh on the spot, while still keeping the production time to around three minutes. Overall my time at Teara Lab and the meal was fantastic. There isn’t very many gourmet fast food joints around that make me want to come back again and again, but this one may have won me over, especially with that pork belly sandwich.

UPDATE: Since writing this post, Teara Lab has unfortunately gone out of business.

The Barbie Expo in Montreal, Quebec 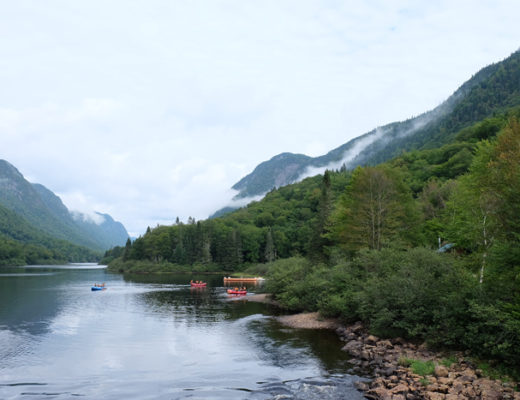