The Truth About Traveling Solo

We constantly are surrounded by headlines encouraging us to travel solo. We are watching fearless females take on the world as they gallivant around the globe all by themselves. We hear people talk constantly about how much they love traveling solo. However, what I find is missing from the online world that is shoving the advantages of solo travel down our throats is the truth, solo travel isn’t always glamorous, and it isn’t for everyone.

The internet has a way of over glamorizing a lot of things. People build images for themselves and their lives online, yet rarely do you see the other side of it, so it’s not surprising that solo travel has been coined one of the most freeing, empowering things out there (especially for females). I personally have traveled solo many times before. and my first solo trip was to Amsterdam in 2013. I was overcoming a terrible breakup from a few months before, and in desperate need of a getaway. But I had one slight issue, I was a young professional, newly graduated from college, and many of my friends didn’t have the funds to travel, or the ability to take time off from their new jobs. Feeling like I needed to do something drastic, I read a few articles on the safest places for girls to travel alone, looked up flight deals, and impulsively booked a return flight to Amsterdam. I was so excited and loved the idea that I could plan the trip exactly to my liking. I could stay where I wanted, I could visit whatever tourist attractions I wanted, and I had no one to consult with before I booked anything. Before I knew it, it was time to take off. Feeling a bit anxious, I boarded my plane and their was no looking back.

After spending two weeks in Amsterdam solo, I had a lot of mixed feelings of being alone on the trip. I loved the freedom to do what I wanted, but I also felt a bit lonely. I met people along the way, however, they weren’t my real friends or family, and it was nowhere near like having a travel companion to share the things you were experiencing with. Sure, overcoming the little hurdles along the way like finding my way to different places in the city was empowering to do on my own, but I was starting to hate eating alone, I didn’t like that uneasy feeling I had walking alone when the sun went down, and sometimes when I saw or did something all I wanted to do was share it with someone. My trip to Amsterdam was incredible, and I’m happy I went, but it made me realize that I wasn’t a huge fan of this whole solo travel movement, at least for me. I mean, I wouldn’t ever not go somewhere because I didn’t have someone to go with but I’d prefer to travel with at least one other person. I’ve done a few solo trips since to places like Jordan, but I still always feel the same way at the end of the day. Even though I had a great trip, I know I would’ve had a better trip had I been with someone else. Call me crazy, needy or whatever other words, but the more I talked to people about these feelings I get solo traveling, the more I realized I wasn’t alone. So why was the images of solo travel only glamorous ones? Why don’t people talk about how it can be scary and lonely? The truth is:

I don’t like feeling vulnerable in an unfamiliar place

Now don’t get me wrong, I will likely go on many more solo trips in my lifetime because not everyone can always travel with me. I also would always encourage someone to get out there and do a solo trip just once, because you never know, you may be one of those people that love it. And of course, I encourage you to travel solo if it is your only way to get out there and see the world, waiting around until you have a partner in crime to go with can be like waiting for rain in a drought (yes, I took that from A Cinderella Story… thanks Hilary Duff).

I know this post was sort of just a rant, but I wanted to put out there the other side of solo travel. It isn’t for everyone, and I’ve learned that it’s not for me. I’m an independent, confident person, but I still don’t enjoy traveling solo and that’s okay.

Other travel advice to read up on:

Five Online Experiences to Have At-Home 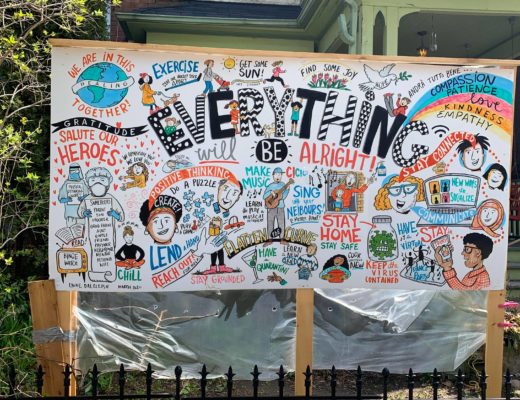 A Personal Reflection from Isolation