I’m always the most excited to try all the delicious food that a new city has to offer, and I was eager to join this awesome food tour by Chicago Food Planet Food Tours when I was in Chicago for a weekend getaway. Chicago Food Planet offers a variety of food tours in different Chicago neighbourhoods such as Lincoln Park, Chinatown, Gold Coast, and the tour I did which was in Bucktown and Wicker Park, known as the hipster and artsy area of the city. I selected this tour because it was in a different area then I’d already be visiting while in Chicago, and the food places that it visited appealed to me the most.

Throughout the three hours, we walked around Bucktown and Wicker Park trying six different local foodie havens. Here was where we went and what we tried: We started our tour off at the place I was most excited for—George’s Hot Dogs. I am a BIG hot dog fan, so I was anxious to try a Chicago-style hot dog and this is supposed to be THE place to go. Established in 1948, George’s is a family-owned restaurant that is rated as Chicago’s best hot dog stand. The cute little restaurant serves up the classic Chicago-style dog which is served on a poppy seed bun topped with mustard, chopped white onions, relish, a dill pickle spear, tomato, hot peppers, and celery salt, and it’s illegal to ask for ketchup… so don’t do it! The hot dog was delicious. As someone who only likes ketchup and mustard on my hot dogs, I was impressed that at how well all these toppings compliment each other and how delicious this hot dog was, I even wanted more than one.

As an award winning restaurant, Hot Chocolate is a top-ranked pastry and dessert restaurant that opened in 2004. When you walk in the restaurant, the first thing you notice is how busy it is! Despite the fact that there is lots of seating available, all the chairs were full with locals devouring yummy food and pastries. We tried some of their famous hot chocolate which was topped with a homemade marshmallow. The hot chocolate was extra yummy, but extra sweet and rich, so for someone who isn’t a huge chocolate fan like me, I could only drink half a cup! Next we headed to Goddess & Grocer, a gourmet to-go style restaurant and grocery store serving only local, organic and artisan foods. As you walk in, you’ll see the long line of different display cases showing off everything from cakes, to sandwiches and salads. Choose what you want to go, or head upstairs and eat in. This restaurant opened in 2004, and we had the chance to try a yummy kale salad.

I found this to be an odd addition on the tour but that doesn’t take away from it being good. Sultan’s Market is a Middle-Eastern cafe serving authentic food since 1985. They started as a to-go style grocery store, but now you can eat in their funky, and Middle-Eastern decorated restaurant. We tried the falafel pita which was filled with falafel, tomatoes, and topped with Jerusalem salad (which I found kind of soggy), but being someone who has had falafel in the Middle East, I didn’t find it to be incredibly impressive. After doing a pizza tour in Chicago the same weekend, it’s pretty hard for any pizza to compare to those pizzerias, but Piece was a fun pub-style restaurant and brewpub where we had the chance to try a caprese style pizza, and their local brew. Piece was established in 2001, and although it’s not rich in history like some of the other pizzerias in the city, the beer and pizza were still great! A yummy stop to end the tour, but at this point I was so full I had to save my donut for later. This shop was started after Rich Labriola, was inspired by Stan Berman to bring the classic California-style donuts to Chicago with a twist. The cute little bakery serves up all sorts of delicious donuts ranging from the classic flavours to the crazy and original. We had the chance to try the glazed donut which was delicious!

Overall I left the tour feeling full and satisfied and it was fun to explore a neighbourhood I probably wouldn’t have normally ventured too. Being someone who isn’t that into history, I did find some of the walk (in between the food) to be a little bit too much history for my personal preference, but thankfully it was a nice day so I was okay with slowly walking between each place.

I’d definitely recommend this tour to others visiting Chicago, or even locals who want to try some new places. The tour costs $45.00 USD for adults, and lasts around three hours, departing every half hour between 11:00am to 1:30pm. Most of the other neighbourhood tours range from around $35.00 USD to $55.00 USD, and depart between the same times with some tours having less tours running per day.

Other reading material for Chicago:

Disclaimer: I received a complimentary ticket from Chicago Food Planet to conduct a review. I only recommend things that I enjoyed, and think other travellers would also enjoy. All opinions in this piece are my own and 110% honest. 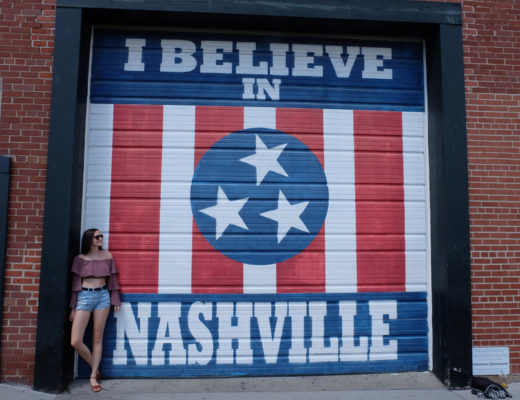 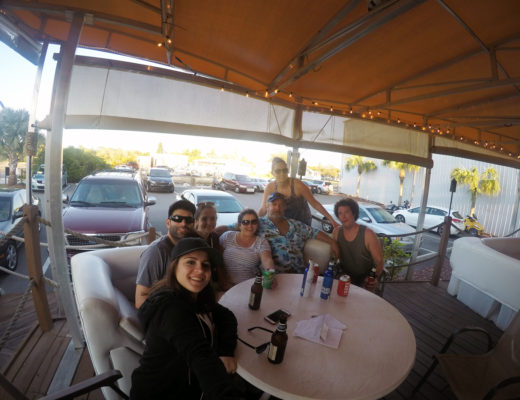