Located in close proximity to Chinatown and the Theatre District, HI-Boston is walking distance to just about everything. Before traveling to Boston I didn’t realize how walkable this city actually was. This hostel is close to great restaurants, bars, and a short walk to the Freedom Trail and Boston Common. Many T (public transit) stops are nearby and overall the location can’t really get any better.

One of the better hostels I’ve ever stayed in, which shouldn’t come as a surprise since I’ve never stayed in a North American hostel before. I assumed the standards in North America for accommodations would be higher but I never assumed I’d find such a great place like Hi-Boston.

I stayed in the cheapest room which was an 8-bed female dorm room. The beds came with sheets, 2 pillows and a cozy duvet, plus a towel was provided to you, free of charge. Each bed had a little cubby by their bed with their own light and outlets. Lockers are provided in the room and are a fairly big size (won’t fit a suitcase bigger then carry-on size), but don’t forget your own lock.

The bathroom was attached to our room, and was probably my only complaint. Although it was clean, and the shower had hot water (which is more than I’ve had in many other hostels), there was only one washroom for 8 girls staying in the room. You still had the ability to use other washrooms in the hall that weren’t ensuite washrooms like ours, but you felt guilty using other rooms bathrooms, and often these were also full.

This hostel was huge and there were so many great common areas to hang out in. They had an open front entrance with comfy couches, chairs, and tables for people to hang out at (photographed below). On the second floor was the large kitchen where they served a continental breakfast, consisting of bagels, toast, juice, cereal, fruit and/or yogurt. All in a serve yourself format. There was also a games room with pool table and lots of places to just hang out. All very clean and modern.

I didn’t find the front desk very helpful. Although they were friendly, their recommendations for places nearby to eat were mainly chains, and not unique places to Boston. There is someone at the reception area 24 hours a day and they are willing to store your bags in a secured room if you are checking in or out early. The hostel also runs several daily tours and events. I didn’t attend any of these while there, but they had lots of different options such as a Harvard tour, and pub crawls.

Overall this hostel was luxurious in comparison to other places I’ve stayed. It was also very reasonably priced. I had a discounted rate for the conference I was at, but it only cost me $174 US for 4 nights, and since hotels in the area have nightly rates of over $174 US, I thought I scored a pretty sweet deal! I would definitely stay here again, or stay at one of the sister hostels in other cities.

Photo Credit: All photos taken from the HI-Boston listing on HostelWorld.com 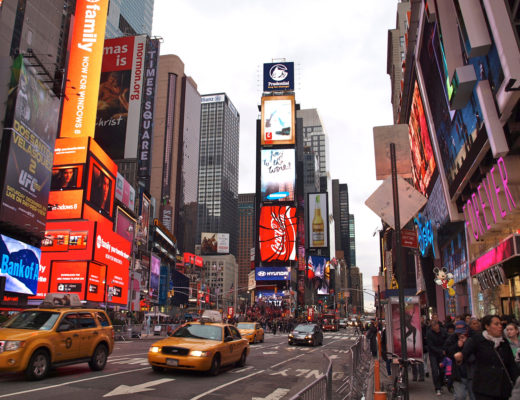