Amsterdam holds a special place in my heart, mainly because it was the first international place I had traveled to on my own. I had Googled “the safest places to travel as a solo female traveler” and with the rave reviews of the city, combined with the cheap flight deals, I jetted off for a 10-day adventure in the city that most people only pass through.

What I found is that Amsterdam had so much to offer, there was so much to do and having more time allowed me to really try a lot of different things. This shorter itinerary is for a bite-size trip in case you’re short on time but still want to stop by for a visit. And no, this itinerary isn’t all about the partying and drugs that many people flock to the city for.

Wake up and head for a traditional Dutch treat and breakfast, poffertjes, bite-size fluffy pancakes topped with different toppings, but traditionally butter and powdered sugar. Find them served up at several street-side stands, especially in markets like Boerenmarkt op de Noordermarkt (open Saturday’s) and Albert Cuypmarkt (open Monday to Saturday). After hitting up one of the markets, head over to either the Rijkmuseum, which is pretty incredible to see even if you don’t go inside, or head to the Van Gogh Museum nearby. While you’re in the area, get the classic tourist photo at the big I Amsterdam sign at the back of Rijkmuseum. Are you hungry for a snack yet? Find yourself a stroopwafel, another Dutch classic where they take two warm, and freshly grilled thin waffles, spread with caramel-like syrup in the middle and stick them together. Absolutely to die for! Ask a local where to find the best ones. Or alternatively, if you’re feeling adventurous, try the pickled herring that you can find at many stalls along the canals. Personally, I wasn’t brave enough for this one. Next spend the afternoon exploring the world’s only floating flower market. Even if you can’t bring any flowers home with you, the smells and the views of the stalls of vibrant colours is totally worth a stroll. While you’re walking, you might as well take the short 25 minute walk towards Vondelpark. On route, pick up something for a picnic in the park as you enjoy the largest park in Amsterdam and the most famous in the Netherlands. After some relaxation, lunch, and a good dose of people watching. See Amsterdam from the canals that make it famous. Hop on one of the many river cruises offered for a cruise around the canals. Zoom by some of the famous architecture from the water, and check out the cool house boats that line the walls of the canals.

Finally, to wind down your day, head to the Anne Frank House. Buy your tickets in advance online to avoid the long line that will seem to be never-ending. I suggest doing this at the end of the day because after visiting it, it left me feeling a bit grim. It’s hard to grasp being inside the house where Anne Frank and her family was in hiding. This is definitely something you CANNOT miss in Amsterdam, so whether in Amsterdam for only a few days or longer, make sure to get yourself atleast here.

Many people visit Amsterdam and that’s all they see. Rarely do people venture out to see more of the beautiful country of the Netherlands. That’s why I’d suggest doing one of these great tours, or something similar for one day to get a better look at what this country has to offer. I did this full-day tour that Viator offers but you can also book at any of the tourism offices in Amsterdam. It brings you to Zaanse Schans windmills, to a local clog-maker, the fishing villages of Marken and Volendam, Delft to visit the famous Delft pottery factory and museum, and The Hague’s historic landmarks and parliament buildings. Alternatively, there is a half-day tour available which brings you to the windmills, Volendam and Marken and the clog-maker. I did some other day trips too because I was in Amsterdam for 10 days, but this was by far the best and gave the widest range of experiences to really see the Netherlands.

Start your day by exploring some of the shopping areas of Amsterdam. Kalverstraat and Leidsestraat are two of the most popular streets but there are also several others depending on what you are looking for. Off of Kalverstraat you can find the entrance to Begijnhof, but if you don’t look close enough, you may walk right by it.

In this enclosed area, you’ll find a former convent from the early 14th century. It’s hard to believe that right off the hustle and bustle of a major street in Amsterdam, you’ll find this calm and peaceful oasis. Tiny houses line the courtyard with beautiful gardens. This is where the Catholic women who were unmarried or widowed once lived, caring for the elderly and practicing their religion without taking any vows, these people were called the Beguines. You’ll find a gorgeous chapel where the Beguines worshiped that holds marble columns, wooden pews, and stained-glass windows. The other church was built around 1392 and was rented to local English and Scottish Presbyterian refugees and still is a working Presbyterian church. House number 34 in the courtyard dates back to 1465 and is the oldest preserved wooden house in the country.

After a morning of shopping and exploring, head to the Heineken Experience. When I was in Amsterdam, I was unsure if I wanted to do this as I was afraid it would be more of a tourist trap than anything else, but it turned out to be a really unique, fun and interactive experience that I was happy I did. Heineken was born in Amsterdam and this was their first ever brewery which has now been converted into an opportunity for outsiders to see where it all began, learn the history and also, try some Heineken beer. The tour ends with the opportunity to purchase some beer and ride down the canal on a boat to their gift shop.

After the Heineken Experience, go have some snacks at some of the local cheese shops. Amsterdam is known for their cheese, and almost every shop offers free samples. So instead of bar hopping, cheese hop, and try some of the different stores and different types of cheeses.

Next head to Vapiano’s for dinner. No, this isn’t traditional Dutch food, but it was absolutely delicious. In fact, it was so good that I went there twice. Plus, I loved the experience of the restaurant. When you walked in, you were given a card which served as your credit card. This Italian restaurant then has several different stations where you can pick what you want to eat, order it, they’ll make it in front of you, and then take it back to your seat. They had incredible fresh pasta, bruschetta and so many yummy things to choose from. Then at the end, you cash out your card to pay your bill.

Finally, although this itinerary isn’t geared towards sex, drugs and alcohol, you can’t leave Amsterdam without paying a short visit to the Red Light District at night. Although I was a little bit unsure about going alone at night, it was entirely safe and to be honest, quite fascinating. As half naked girls dance in their windows, drunken men stumble into the doors, and the curtains are drawn. To me, such a bizarre (and kind of gross) concept, but it’s still interesting. The area is alive, busy, and even if you aren’t there for what others are there for, it’s still worth a visit.

And there you have it, a three-day, jam-packed itinerary to really see the city of Amsterdam and the outskirts. Did I miss any of your favourite things? Share them below in the comments! 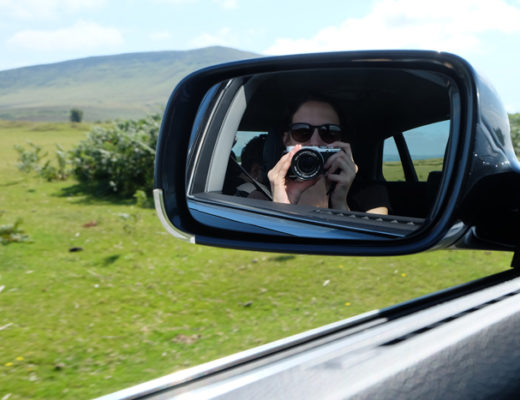 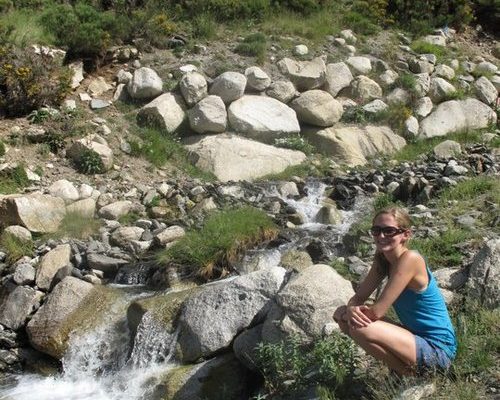 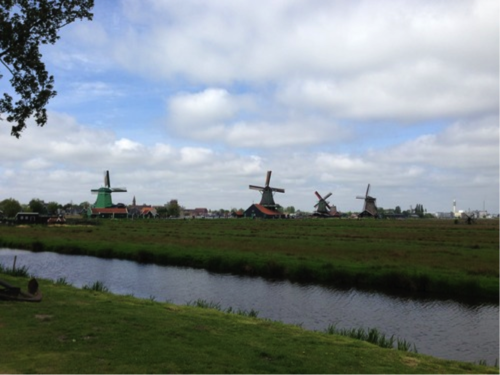 What's on your reading list for 2021? I'm currently reading The Tattooist for Auschwitz. Here's what I read in 2020: ow.ly/7GmY50Dbkmy

Interesting but not surprising stats. Not traveling this year has definitely made me unhappy. twitter.com/CdnTravelPress…

A new survey commissioned by @ExodusTravels – and conducted by OnePoll – found that 70% of North Americans are coping with the pandemic by taking up hobbies that will enhance their future adventures. https://t.co/l2ad01ZQX4

I've been following a lot of vanlife accounts lately, and let me just say, I may just buy an old van and transform it. How do you stay home when your home is on the move?

Show me your mussels 💪🏼 I miss eating out at

LOCAL RESTAURANT SPOTLIGHT ✨ This past weekend