What My Student Exchange Taught Me

When I was in grade 10 (15 years old) I hosted a Spanish exchange student from Spain for 3 months. I still remember how exciting it was when the program coordinator came over to my house that summer and showed me a big poster board of a bunch of girls school photos, that went along with their bios. I remember finding out who my match was, and waiting patiently one evening in September for her to come off the bus from the airport so I finally had the chance to meet her. Keep in mind this was before people had iMessage, Facebook and everything else that allowed you to get to know someone more before they moved in with you for 3 months.

When my exchange student, Marta, got off the bus, met my Mother and I, and then loaded her stuff into our car, I mean, obviously it was awkward. But little did we know our awkward first meeting would grow into becoming best friends and sisters. I still remember the day that all the students left and we stood in the pouring rain crying our eyes out. When it was finally our turn to go over to Spain for 3 weeks (we went for a shorter time because we didn’t attend school while we were there), we could not contain our excitement. We loaded off the plain when we touched down in Madrid and we could hear all our students screaming in excitement as we turned the corner into the arrivals area. As a young teenager, the thought of this for most would be scary, but to be with a bunch of your best friends from Canada, and now back with your best friends from Spain, it made it a lot less frightening.

My exchange taught me a lot about life, and although these things may seem small now, they were big things for me at 15.

Lesson 1: Not to be a picky eater

Yes, I was one of those kids. I ate absolutely nothing, to the point my Mom didn’t even care if I ate my vegetables at dinner, all she cared about was that I ate something. I’d go on family vacations and my Mom would have to get them to make me grilled cheese the entire time. I was like this for a large chunk of my childhood, and suddenly I just didn’t have the choice to be anymore. I look back at the meals I was fed on this trip, and now I think they were so basic. Salad, meat, vegetables, fish, the usual things, but for me at the time, I thought salad was for rabbits, fish belonged in the sea, and in fact, I didn’t even like water. It didn’t take long before I realized that if I didn’t eat what was in front of me, I would starve and as I began to try new things, I realized how good food was. By the end of my trip I was eating paella (a famous Spanish seafood rice dish), trying just about any mysterious seafood that was put in front of me, and drinking water by the gallon. I look back at this exchange and am so thankful for it, because without it, I don’t think I would have tried all the amazing foods I love now.

Lesson 2: The art of weird showering

This trip wasn’t my first trip ever. I had traveled around the USA and Canada, Jamaica and Mexico with my family, but I had never been to Europe or on a trip like this, so this was the first time I realized there were different showers in the world. In my exchange family’s home I had my own bathroom, and on my first night I couldn’t help but notice that all I had was a bathtub, with no plug, and no shower curtain. I was so confused on what I was supposed to do. To top it off, it’s not like I could just Google it on my phone, and I was far too embarrassed to ask.

I remembered when my exchange student was in Canada with me, and I remember hearing the water turn on and off when she showered. I later found out that this was a common way of showering in Spain. You’d get your hair and body wet, turn off the water, put in the shampoo, turn the water back on, etc. So I managed to figure out that was the art of it all, but it didn’t make it easier. Every time I showered I was freezing because I had to keep turning the water off. It was bizarre, but I learned to adapt quick, and since then I have experienced all sorts of showers around the world.

Lesson 3: Life with a maid

The families that the Spanish exchange students were from were wealthy. Their kids went to private school with English immersion programs and obviously they had to have some money to send their kid to Canada for 3 months, so life when I went over to Spain to live with them was much different. One of the biggest things that I found the hardest to get used to was living with a maid. My family had a live-in maid who had a tiny room, didn’t speak a word of English and did everything around the house. She was the sweetest lady, but it was strange having someone else pick up after you all the time.

I grew up in a house where you put your dishes in the sink or dishwasher, when your clothes were dirty, you do your own laundry or put them in a laundry basket at least, but this was much different. I would wake up every morning and naturally make my bed, but when I came back to my room after breakfast I’d notice my bed was entire remade like a perfect hotel bed would be. I’d leave clothes on top of my suitcase that didn’t need washing, but I’d come back to my room and there they would be, perfectly clean, folded and laying on my bed for me. It was such a bizarre concept for me, and most people probably think, “must be nice,” but it really made me feel more uncomfortable. As a kid, I felt like I should be helping her, not the other way around!

Lesson 4: How to be away from home

I was not a very independent child. When I used to have to go to my Dad’s on the weekends, I used to cry for days because I didn’t want to leave my home and my Mom. Obviously as you grow older you grow more independent, but at 15 I wasn’t really sure if I’d be able to spend 3 weeks away from home all the way in Europe. After getting over jet lag, I remember the first few nights in a new home, with a new family, in a different continent. I remember feeling home sick and ill at night and I couldn’t sleep, all I wanted to do was see all my Canadian friends I came over there with because they were the closest thing I had to home.

I got over being home sick quick, but at 15, it was nice to get to spend every day with the other Canadian’s while the Spanish students were in school and we were learning about their country. I remember during Holy Week, we all traveled to different parts of Spain for the week. It was an amazing week, but throughout all the Canadians started to feel homesick and were so happy to reunite following the week. I was one of the “lucky” ones who had a family that all spoke English, some Canadians had only Spanish speaking families! I couldn’t imagine how intimidating that would have been at the time.

Lesson 5: Not every culture has the same traditions & lifestyle

You probably read this lesson and thought, “well duh,” but at 15 you don’t really realize this. I was so oblivious to other cultures and other parts of the world. I found it weird that they didn’t get March Break in Spain but had a Holy Week that fell later in the month for Easter. I remember going to this traditional Easter parade where everyone had black over their faces and feeling so uncomfortable. This wasn’t the friendly Easter bunny hopping around handing out chocolate that we had in Canada. It’s funny now that I think back to this point in my life, as it almost makes me embarrassed to say how oblivious I was, but I guess this is the trip that changed all that for me.

On top of the culture, the lifestyle was very different. I come from a well-off family in Canada but I don’t have multiple houses and beach houses across the country to go vacation to when I please like my Spanish family did. It was interesting though to live in a life like that, see how other people live and how families in other countries go day-to-day, and I did start getting used to it. I mean, how could you not?

Having an exchange student living with me in Canada, and then going overseas to Spain to live there was an absolutely life changing experience, even though I may have not completely realized it at the time. This trip is what opened the doors for me to realizing how amazing travel is and how there is a whole world out there waiting to explore. I think this exchange is when I officially got bit by the travel bug (plus learned a lot about myself along the way). 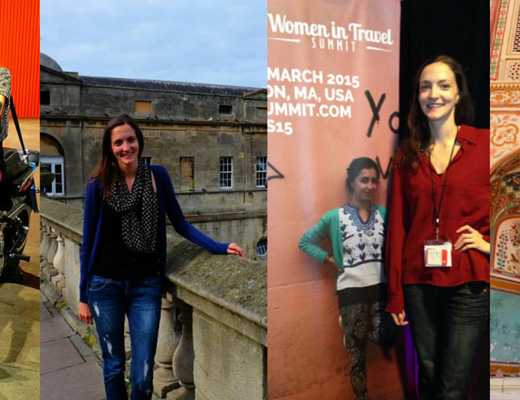 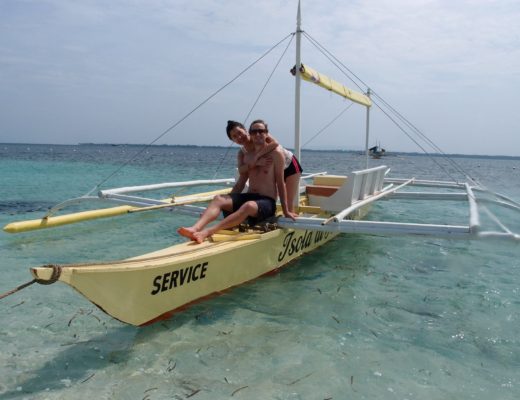 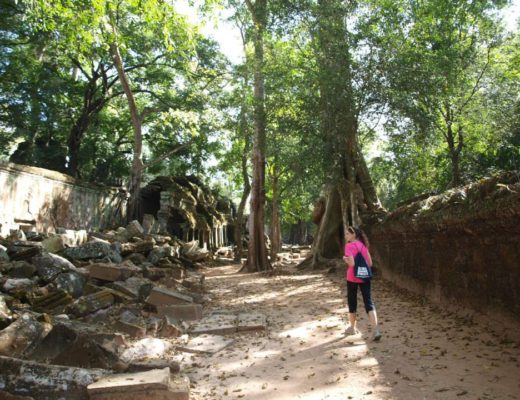 How Travel Helped My Anxiety

type your [first name] + [the year you were born] in the gif search bar.

the first gif that comes up is what your next trip will be like.